Clark renovation not a University priority despite health, aesthetic concerns 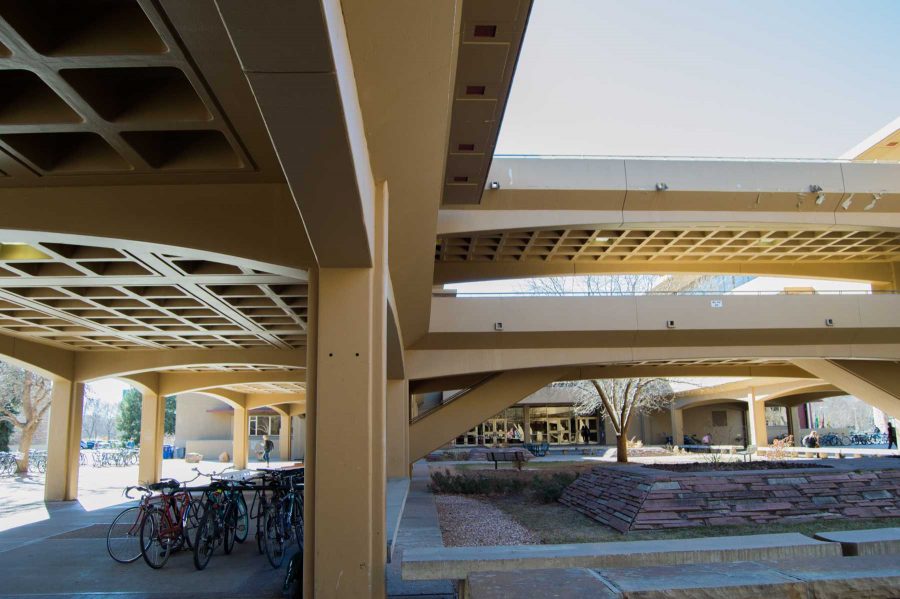 Academic building Clark conditions are examined in a follow up after a viral video criticized the older building on campus. Photo by Kaitlyn Ancell | Collegian

After a student group released a video about the state of the Andrew G. Clark building last week, Colorado State University officials have responded with the stance that while CSU recognizes the need for a Clark building update, it is not a priority.

The video was released by Rams for Representation, a student advocacy group at CSU, and called on the administration to consider prioritizing an update to the building. The video quickly went viral in the Fort Collins area, and currently has 32,000 views on Facebook.

Posted by Rams for Representation on Monday, February 13, 2017

Rams for Representation, a CSU student political organization centered around student-based issues, released a video on their Facebook page about the structural state of the Clark that quickly became popular among students and alumni.

One concern of the student group was the amount of asbestos in the building.

Clark does have several instances of asbestos at the moment, according to Shelly Carroll, the Head of Program Approvals at CSU. According to Carroll, asbestos was removed from the A and B wings, but it is still present in the C-wing.

Around 50 percent of the ceiling tiles in the C-wing contain asbestos, according to research done by Eric March, safety and industrial hygiene manager for CSU. However, Carroll said March assured her that the building is safe as long as the asbestos-containing areas are not disturbed.

Though the student group is calling for a renovation with the claim that the building is in major need of repairs due to its age, Clark went through a series of updates from 2006 until 2010, especially from 2008 to 2010.

During that time, major work was done on classrooms in the A and C-wings of Clark.

According to a document provided to the Collegian, the project “updated lighting, seating, finishes, acoustics and audiovisual equipment in all eleven A-wing auditoriums and all C-wing general education classrooms.”

Also updated were the fire alarm systems in the A and B wings and all three building elevators. The A and B wings were given new ceiling tiles, flooring and paint as well.

In total, those upgrades cost CSU $6 million with $4 million of that coming from the state, and the other $2 million from the student-facility fee.

The exterior of Clark was repainted in the summer of 2006, costing the university around $95,000.

With a new stadium, two new buildings and another one renovated, why shouldn't the building that serves the most get some love too?

Posted by Rams for Representation on Monday, February 13, 2017

Rams for Representation began posting memes to their Facebook page criticizing the reasons why the University has not yet remodeled the Clark building.

Despite all of this, there are currently no plans by the university to renovate Clark. According to Fred Haberecht, assistant director of CSU facilities management, there are several reasons for delaying an update to the building.

Haberecht said Clark is one of a number of what he calls “sixties legacy buildings,” or buildings that were constructed in the 1960s. According to him, 40 percent of the buildings on campus were built in that era. He also said that CSU has a disproportionately large number of these legacy buildings compared to other college campuses, but that work has been done on them.

“If you look at campus over the past five years, many of those legacy buildings have had major renovations,” Haberecht said, naming the Lory Student Center, Eddy, Aggie Village, Morgan Library and Animal Sciences.

Haberecht also brought up that there are other sixties legacy buildings that have not yet undergone major renovations, including Education and Physiology.

Part of the difficulty with Clark, he said, is its size.

“We’re in a situation where most of our buildings are that age,” Haberecht said. “Clark is by far the largest of them, at 255,000 square feet.”

Most of the other buildings that have been renovated were given priority over Clark either due to their age, where the money for them came from or where CSU believed the most work was needed.

Eddy was chosen to be completely redone several years ago due to it being several years older than Clark, whereas the new sciences buildings constructed on West Pitkin Street were prioritized because of a lack of space.

According to Carroll, the new Biology building was prioritized due to its status as a core curriculum for students.

Haberecht added that CSU currently has the most donor-funded construction projects in the institution’s history.

“Our newest round have never been more heavily influenced by donations,” Haberecht said. “State contribution is limited… That’s where we are right now.”

The Richardson Design Center, Animal Sciences building and the Michael Smith Natural Resources Building are all funded by private donations.

“It would have what people derisively say are the ‘wine racks,'” he said. “It would have a clear window, it would have the stone on the corners that are now the painted and mustard color.”

“Like we did in Eddy,” Haberecht added. “There would be a general renovation of paint and flooring for the rest of the building.”

“He can’t stand how it looks as you walk down the academic spine, with all the improvements that we’ve made along the way,” Carroll said. “He would certainly like to have it aesthetically (improved).”

Due to its size, expense and the lack of priority, CSU has no immediate plans to improve the building, despite what appears to be significant student concern and university favor for the project.

Rams for Representation had plans to host an open forum on the Plaza Thursday to address projects of student concern, but the event was canceled due to weather and technical difficulties. In the meantime, Carroll said the building is functional.

“The classrooms have been addressed recently,” she said. “So, it functions quite well compared to other buildings.”