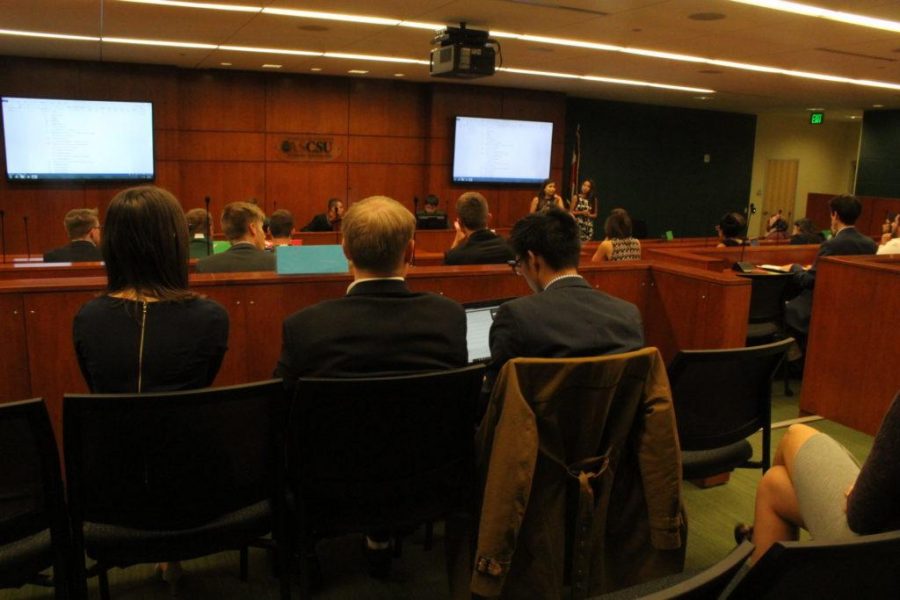 Following a lengthy discussion and debate, the senate of the Associated Students of Colorado State University passed a resolution to show solidarity with CSU students protesting at Standing Rock.

Senator Isaiah Martin urged a “yes” vote from the senate because it would show that ASCSU supports all students on the CSU campus.

“If we are going to positively say … that we represent all students that means every single individual student,” Martin said. “In this resolution, it says that there are students out there that are fighting for a better future. It is time for us to stop being afraid (and) for us to start actually meaning that we are there for all students no matter how small the number.”

Early in the discussion and debate portion, Senators Isabel Brown and Lawrence Horowitz urged the senate to vote “no” because it would mean ASCSU would take a stance on a political issue.

“It’s completely inappropriate for a student senate to be talking about the political merits of such a polarizing issue that doesn’t directly address most of the students on this campus,” Brown said. “This piece of legislation does not only discuss our support of the Native American cultures at hand, but it inherently (and) indirectly puts the ASCSU stamp of approval on a very polarizing, political issue on our campus.”

Horowitz believed that supporting the resolution would define the values ASCSU supports that may not correlate with all current students and prospective students.

“This does take a political side regardless of which side you lean … (and) sets a tone for students looking into this school as well as paying into this school,” Horowitz said. “Why are they paying for something if that’s not necessarily what they believe in? We shouldn’t be defining their beliefs for them if they’re fee-paying students.”

Other senators in support of the resolution mentioned that not passing the resolution would insinuate that issues of minority students did not matter to the senate since they are a small portion of CSU’s demographic.

“We’re telling the Native American students that this doesn’t matter because this is a white majority campus,” Senator Robert Griffith said. “We’re making a valued judgement on minorities.”

The senate passed the resolution 16-5-3.

While the Standing Rock resolution appeared too political for some senators, the other resolution of the night regarding students stranded abroad due to President Donald Trump’s executive order passed unanimously.

The senate chose to pass a resolution that showed support for the CSU students impacted by President Donald Trump’s travel restrictions.

“This does not make a statement on the national policy,” Kendall said. “It is simply a request for our three students who call Colorado State University home to be returned to that home.”