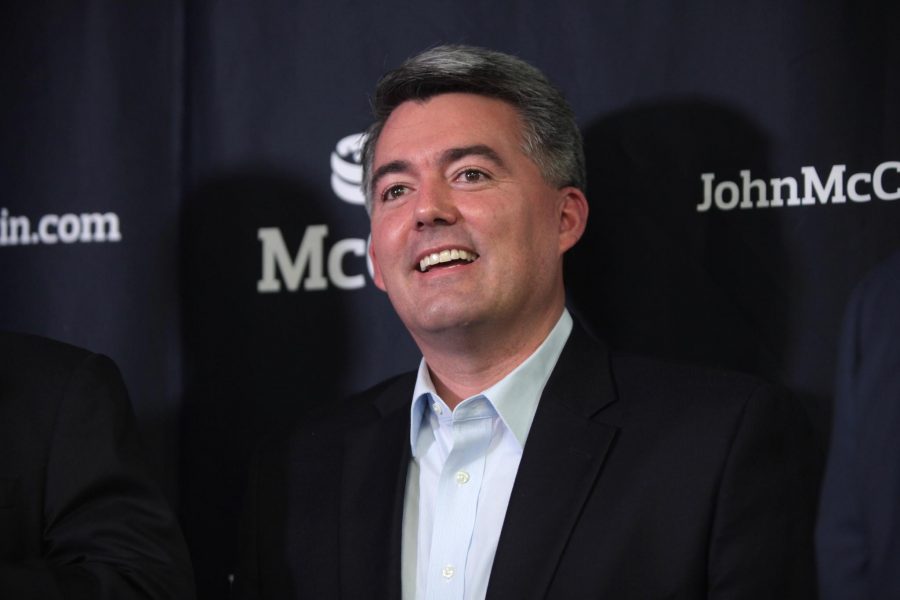 IndivisibleNOCO, a progressive activist group hosted a town hall meeting in Fort Collins intended to question Senator Cory Gardner, but neither him nor his representatives attended the meeting.

Gardner and his staff offered to host a teleconference, but IndivisibleNOCO turned the offer down, saying that they believe teleconferences do not allow the community to properly express their opinions and concerns to representatives.

IndivisibleNOCO decided to host the meeting without Sen. Gardner.

“We recognize emotions are high, however we believe only through thoughtful dialogue we will be able to move forward,” Morton said.

Morton said IndivisibleNOCO’s goal was not only to ask questions the community was finding were being dismissed, but to keep dialogue civil.

Residents of the community were concerned about issues such as Gardner’s status on the environment, illegal immigration, education and national security.

The meeting pled for Sen. Gardner to support the BRIDGE Act, which would allow people at risk for deportation to continue living in the U.S. through DACA.

A university professor, Alyssa Murphy, thanked Sen. Gardner for his support for renewable energy and the industry. This industry generated $4.8 billion in 2015, according to Murphy. However, the audience members present said they want Sen. Gardner’s support to continue to stand up for the environment, and put more pressure on bigger companies to support environmental regulation.

One of the topics that was questioned of Sen. Gardner was his stance on the future of public education since Betsy DeVos was appointed as the United States Secretary of Education.

The town hall questioned why Sen. Gardner voted for Ms. DeVos, when he has previously stated that he wants to “get congress out of the classroom.” Many teachers and families present said they were afraid for the future of public education, as DeVos has been a long time supporter of private education.

Sen. Gardner has stated on earlier occasions that DeVos personally pledged to Gardner that she will be an advocate for public education. But, at the town hall meeting, public education activists questioned this statement.

Representatives of IndivisibleNOCO said they hope that Sen. Gardner will address questions raised at the town hall in the future.

According to their Twitter biography statement, IndivisibleNOCO is a “progressive group that is rising to action to protect fundamental democratic values of liberty, justice and equality.”

Collegian reporter Katie Marshall can be reached at news@collegian.com.