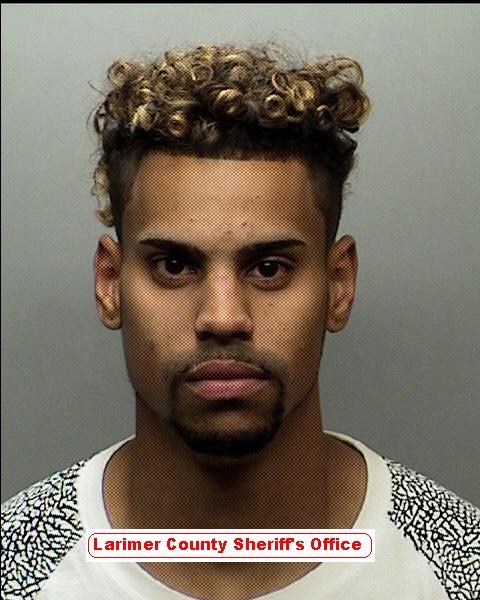 Clavell was arrested Wednesday, Nov. 9, after his ex-girlfriend reported to police that he physically restrained her and continued to contact her after she repeatedly asked him to stop. (Photo courtesy of Larimer County Sheriff's Office)

Gian Clavell, who was named the Mountain West player of the week Monday after helping lead CSU to two conference wins, was arrested by CSU Police Nov. 9 after his ex-girlfriend reported an incident in which he physically restrained her and touched her after she repeatedly told him to stop.

Clavell was charged with false imprisonment with a domestic violence enhancement as a result of the altercation, and was suspended from the team for nine games. The charges were dropped sometime last week, according to Martin.

After CSU Police arrested him, Clavell was released on a $750 bond. He was immediately suspended from the CSU Men’s Basketball team while CSU conducted an internal investigation of the incident. When the University completed the review, Clavell was cleared for practice on Nov. 30, and later cleared for games on Dec. 10.

Under terms reached with the Larimer District Attorney’s Office, Clavell was required to complete a one-day “Making Better Choices” class with the National Corrective Training Institute. However, according to a report in the Coloradoan, defense attorney Erik Fischer said Clavell had trouble completing the class due to time conflicts with basketball practice, games and travel.

Collegian news editor Erin Douglas can be reached at news@collegian.com or on Twitter @erinmdouglas23.