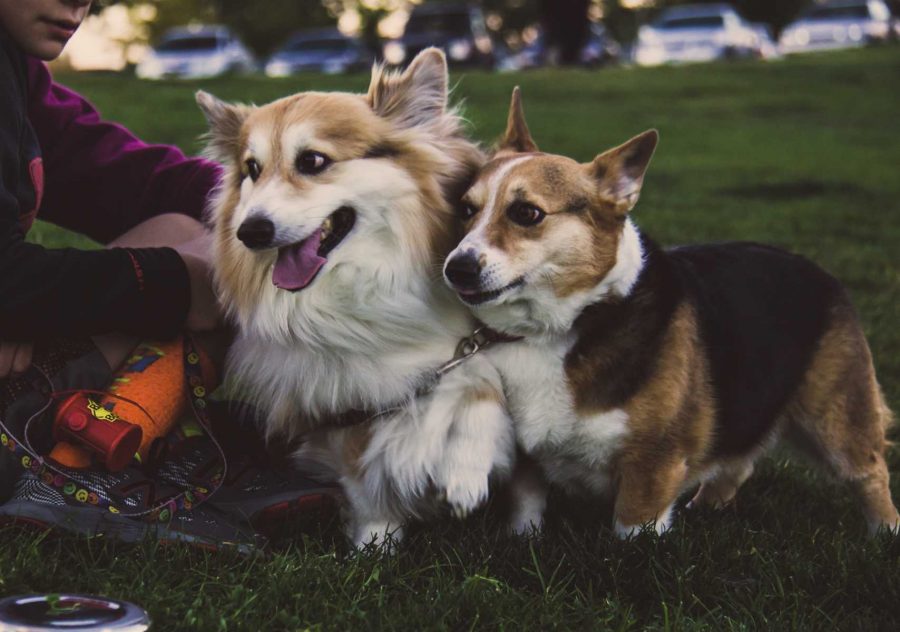 Corgis Oso and Tillie play in a local park. (Tony Villalobos May | Collegian)

VetDC has been working on the drug Tanovea to help canines who suffer from Lymphoma, which is the most common type of cancer found in dogs.

After nearly five years of working on Tanovea, VetDC has submitted the drug to the Food and Drug Administration for approval. VetDC expects to hear back from the FDA in January.

VetDC did not create Tanovea, but licensed its use from Gilead Sciences to develop and commercialize Tanovea for canines.

Gilead Sciences had been experimenting with Tanovea as a treatment for cancer in humans, before it had found unusual side effects in humans. VetDC noted its high success in canines and chose to continue development.

“I get calls from pet owners weekly looking for cure to lymphoma,” VetDC CEO and President Steven Roy said. “That’s always gratifying when you know you can help somebody.”

Tanovea will not work as a cure for Lymphoma, but as a remission for the canines, in order to prolong their lifespan.

“We are focusing in the cancer space because we believe there’s a lot of need and a lot of opportunity,” Roy said. “With each new drug you could potentially keep them in remission for longer.”

Dogs with untreated lymphoma are expected to live between four and six weeks.

“We are really excited because all that hard work is awaiting approval, and then we can move forward,” Roy said. “We are excited to get it in the hands of pet owners.”

The price of Tanovea will not be revealed until it is available commercially, and the drug itself is being manufactured outside of Colorado.

VetDC said that they were assisted by studies done at Colorado State University involving drug testing in client-owned animals.

“We couldn’t have done it anywhere else if it wasn’t for key people at CSU,” Roy said.

Tanovea is not the only drug in development by VetDC. They are developing another drug called VDC-597, which targets cancer in multiple dogs.

Collegian reporter Tony Villalobos May can be reached online at news@collegian.com or on Twitter @TonyTheGnarly.