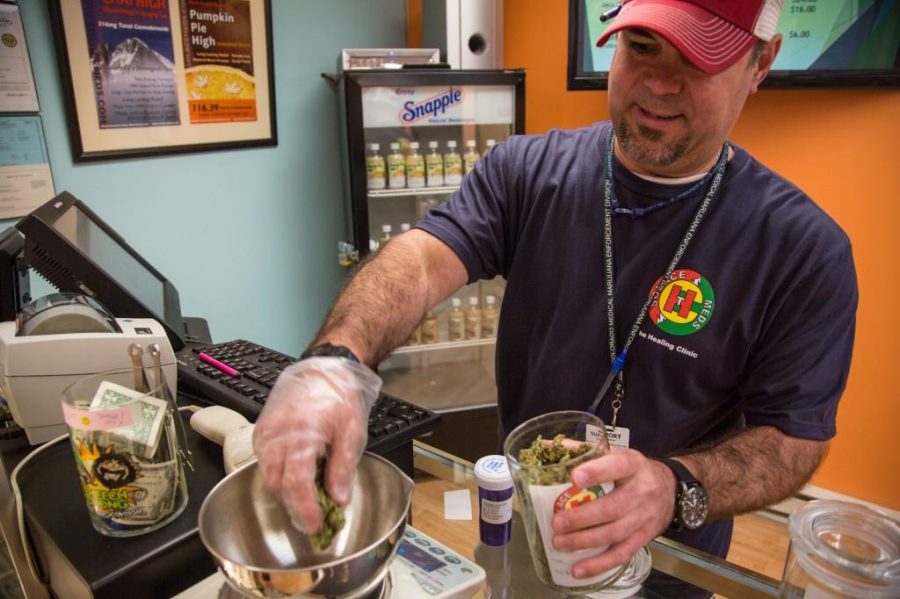 Correction: Data on recreational marijuana use has been compiled over five years, not one. Nine instead of five states have voted to either legalize or loosen laws relating to marijuana.

A group of Colorado State University professors recently received a $186,500 grant from the Colorado Department of Public Health and Environment to study the impact of legalized, recreational marijuana on young adults.

Brad Conner, associate professor in the Department of Psychology, is one of the principle investigators and one of the people responsible for executing the study on the impact of legalizing recreational marijuana on young adults and adolescents.

“It is designed to look at existing data to determine the impact of legalizing recreational marijuana on marijuana use among adolescents and young adults,” Conner said.

The study is funded by money set aside for Marijuana Public Health Research Grants by the CDPHE from April 1, 2017 until March 30, 2019. Conner, as well as CSU professors from Human Development and Family Studies, School of Social Work and Psychology backgrounds, are a part of the Cannabis Research Group spearheading the study.

“We have a strong research team,” Conner said. “(The team is) made up of myself, Nathaniel Riggs, Audrey Shillington, Melissa George and Mark Prince.”

The team has been collecting data for the last five years from about 5,000 undergraduate students at CSU and about 8,000 undergraduates from 11 universities around the country about their use of recreational marijuana.

The main purpose of the study is to look at how changing marijuana laws affects marijuana use in vulnerable populations, including adolescents and members of the LGBT community specifically.

Colorado was one of the first states to legalize and implement marijuana in 2012 and 2014. Conner believes that this new study will provide information to other states that have or wish to legalize recreational or medical marijuana in the future.

“It will provide a road map to other states,” Conner said. “Nine states just voted to either legalize or loosen the laws on marijuana. We can help tell them … understand what may happen (if) they change their legislation on marijuana.”

“It will provide a road map to other states.” -Brad Conner, principal investigator for the study on the impact of legalized, recreational marijuana on young adults.

Conner hopes to enlighten college freshmen about what recreational marijuana use will be like on a college campus, and to break the stereotype that people will be smoking marijuana more often than they actually do.

Students differ in what they thought marijuana use was going to be like on a college campus. Sophomore business administration major, Jean Worth, believed that less people would smoke in college when compared to her hometown.

In Colorado, marijuana is only legal for those 21 years of age and older. It is a constitutional right to possess and consume marijuana in Colorado as long as the person is 21 years old or above.

“It’s still illegal for those under the ages of 21 and (you are) not able to smoke in public places,” Conner said. “We hope to show with this study, ultimately, what recreational marijuana use is like on college campuses.”