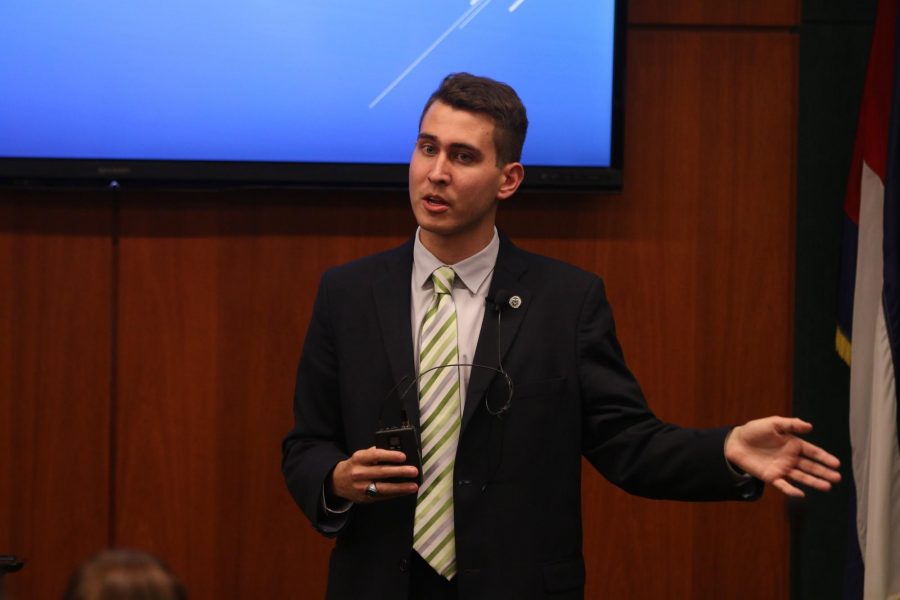 The Multi-Faith and Belief Student Council may get one senator seat and one associate senator seat in the student organization, but the senate body will have to vote on the amendment again after winter break due to a constitutional requirement that all amendments be approved twice before passing.

ASCSU opted to amend their constitution to include the Multi-Faith and Belief Student Council in the groups represented in senate, rather than using what many senators in the body consider a flawed petition process.

The Diversity Bill, passed at the end of last spring, created seats for historically underrepresented groups in the senate body. In order to provide means to other groups in the future that may want a seat, the bill lays out broad instructions for groups to petition, and then be approved by a 2/3 vote.

“(The) petition process has been kind of one of the biggest issues,” said Mike Lensky, vice president of ASCSU. “(Myself and Edward Kendall, speaker pro tempore,) think that there are a lot of logistics that go into this.”

Last week, a bill that would remove the petition process in order to appoint senators failed.

“This petition process has a legal liability in future time and would help to correct that,” Chairman PJ Seel said at last week’s senate meeting.

This week, a motion to reconsider the bill to remove the petition process was passed on the first constitutional amendment vote, so it too is waiting for a second vote after the winter break.

Despite concern of legal liability, Vice President of ASCSU, Mike Lensky, assured the body Wednesday night that they are not currently facing any legal issues. However, Lensky spoke at length to the senate about the work ahead of the body.

“The whole point of this bill (is that) voices that aren’t heard in this body be represented. We want everyone in here,” Lensky said. “We need to propose a bill to define (the diversity bill and petition process). The bill needs to be clarified … so that we can hear those voices.”

There was discussion surrounding the history of the petition process.

“Senators spoke out against the bill and that is partly why the petition process came about. It was a way of compromising. Clearly, it was not the best method that could come of it,” Senator Lawrence Horowitz said.

Lensky explained to the senate that the first step is determining definitions for words and phrases used within the Diversity Bill.

“Currently, we don’t have a definition (of what historically underrepresented means),” Lensky said.

Using the definition for historically oppressed or marginalized groups will not work for what ASCSU needs within the legislation and the senate body, according to Lensky.

There is also a need for a definition of what it means to be currently represented within ASCSU.

General issues raised regarding the petition process included the collection of signatures, the timeline for the petition and the ability to validate those petitioning as students.

There is a possibility for the Directory of Diversity to be the person to manage the signatures collected for the petition, but it was among a list of items Lensky encouraged the senate to consider.

No petition process existed, or was needed, when the bylaws were written, according to Lensky.

Lensky asked the general senate body to research definitions and potential solutions over the upcoming winter break. Within the first weeks back during spring semester, legislation will be written in order to create a petition process and answer any questions. Before ASCSU elections, the plan is to push the petition out to interested organizations.

“We’ve been asking these questions all semester. Now it’s on to us as a whole to come up with a solution,” Lensky said.