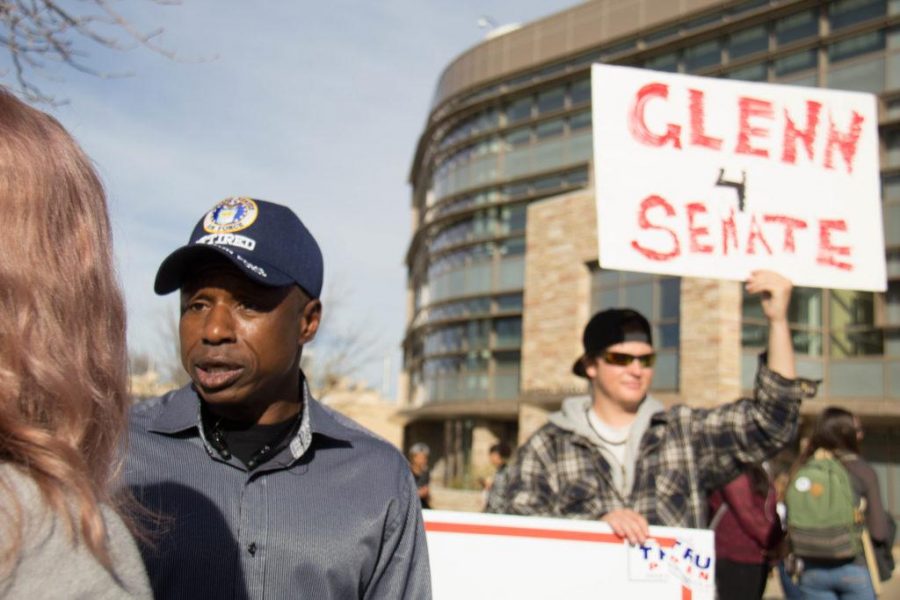 Darryl Glenn, the Republican candidate for Senate, visited the Colorado State University campus to encourage more students to vote for the second time in the past week.

Glenn visited the University of Colorado Boulder campus before coming to CSU. He was surrounded by many of his supporters near the stump on the Lory Plaza.

“The momentum is on our side,” Glenn said about the amount of ballots being submitted for the past few weeks.

Glenn thinks the millennial generation is extremely important for this election.

“I think a lot of people are really interested in making a difference and that’s why we’re here.” Glenn said. “Especially your generation, I think it’s extremely important that you vote because a lot of people take you for granted, and I think that’s wrong. You’re the next leaders.”

Glenn mentioned his two daughters and how he hopes they understand the importance of the millennial generation and the value of their votes.

Glenn wants to get the votes from the people and make it clear that everyone should express their right to vote.

“Well number one, we want to win,” Glenn said. “That’s extremely important. But, number two, I’m looking at tomorrow and the challenge of being able to bring people together and remember that so many people have fought and died for the right to be able to vote.”