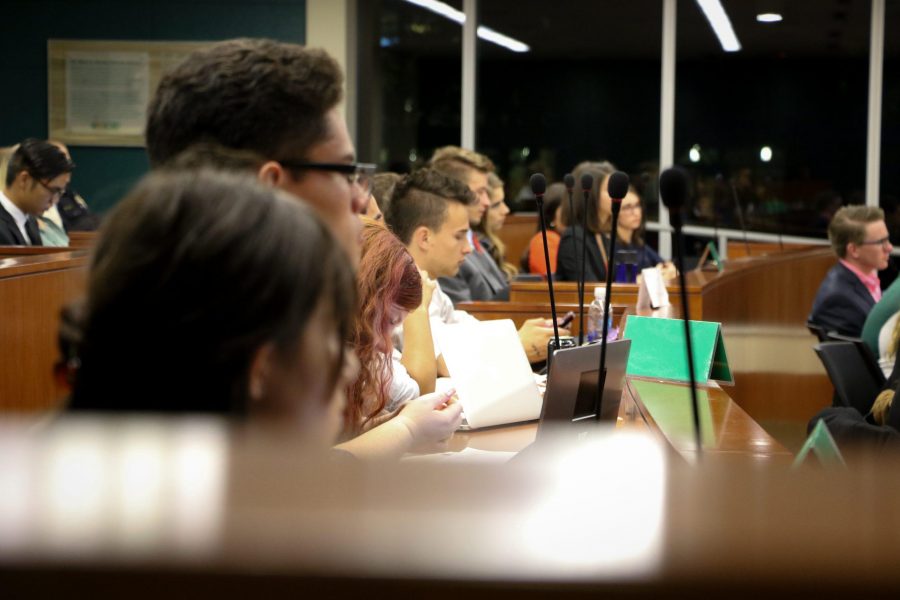 The Associated Students of Colorado State University are considering amending the ASCSU constitution to grant representation to the Multi-Faith and Belief Student Council to represent students of faith on campus.

While the bill was not formally introduced to the body, it was discussed heavily at the Wednesday night senate session because another bill, #4609, may change the process of student groups obtaining senate seats.

The student organization is considering granting a senate seat to the Multi-Faith and Belief Student Council in a similar manner to the Student Diversity Programs and Services and Adult Learner and Veteran Services senate seats. The bill, still in production but discussed at the Wednesday senate meeting, would provide the Multi-Faith and Belief Student Council with one senator seat and one associate senator seat. However, members of ASCSU say the bill is not official and more feedback is required before it can be introduced to the body.

The SDPS and ALVS senate seats were created as a result of last semester’s controversial Diversity Bill. The bill allows any student organization representing a historically underrepresented population not currently represented in the student body to petition the director of diversity and receive a senate seat after a two-thirds majority senate vote.

However, ASCSU may seek to bypass petitioning process by amending the constitution to include the Multi-Faith and Belief Student Council among the organizations entitled to senate seats.

Bill #4609 would eliminate the petitioning process for student groups altogether. As the petition process for gaining a senate seat requires a two-thirds majority vote from the senate, there is a potential for underrepresented groups to fail to obtain a seat. This could cause a liability for ASCSU if the group requesting representation in senate is a protected class under the U.S. Constitution.

Bill #4609 was sent to committee for further review. It is expected to be presented for a second reading after fall break.