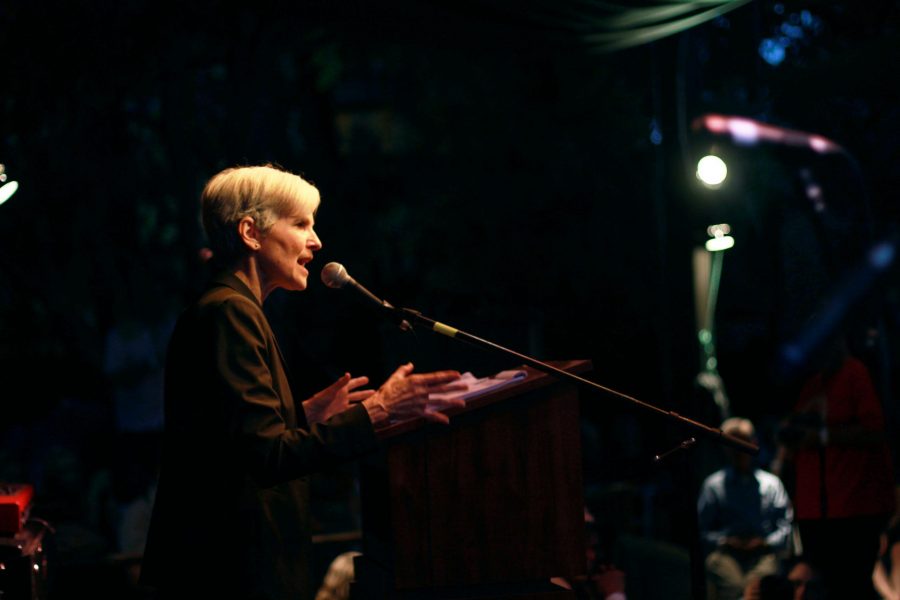 Stein’s foreign policy plan would include cutting military spending and reducing violence between the American military and other militaries.

Stein also discussed her plan to stop ISIS in an interview with AHTribune.

“We need to begin talking with Russia and with other countries,” Stein said. “We need to build on our relative détente with Iran to engage them, and we need to bring our allies into the process.”

Stein said she would work to eliminate aggressive military action if elected president, according to a Military Votes Matter questionnaire.

“We would maintain a military that is completely capable of self-defense, while eliminating aggressive actions,” Stein said. “The Green Party supports the people of the military, not the military-industrial complex which makes huge profits from the perpetual continuation of war.”

Stein’s running mate, Ajamu Baraka, is a veteran of the U.S. Military. She said she works closely with veterans who have given her advice on foreign policy and defense to better understand issues facing military and veteran communities.

Prior to Stein’s Green Party rally at Avogadro’s Number on August 27, she visited the KCSU studio for an interview with the Collegian.

“We bailed out Wall Street, and people were very surprised to learn that it was about $17 trillion worth of money that was mobilized to bail out Wall Street,” Stein said. “Now we have a generation of young people who are basically locked into student loan debt through no fault of their own – really the victims of this Wall Street crash and the victims of a loan system that made false promises”.

Stein said she believes public higher education should be free, since holding a college degree is critical to survive in today’s economy.

Stein said in her interview with the Collegian that she appreciated Colorado State University’s sustainable campus and talked about her plans to make other college campuses more sustainable.

“What we’re calling for in the Green New Deal is shifting our subsidies from fossil fuel energy, from industrial agriculture into sustainable practices at all levels of our economy, including at our colleges and universities,” Stein said.

Stein said she is also calling for a research agenda into sustainable practices. Stein also said CSU would receive national recognition for its sustainability if she became president.

“We’d be doing everything from calling you (CSU) to the White House, maybe creating a system of rewards and recognition for the campuses that are actually leading the way,” Stein said. “We would be patting you on the back in a very public way and encouraging others to follow in your footsteps.

Kat Moore, a transfer student, said she previously considered voting for Stein but decided not to after learning Stein believed vaccinations caused autism.

“I was previously going to vote for her because I know that she is more for the people and more against the oligarchy, but after learning that (Stein thinks vaccinations cause autism) I just thought I can’t vote anyone in office (who thinks that), ” Moore said.

Collegian reporter Haley Candelario can be reached at news@collegian.com or on Twitter at @H_Candelario98.