Friendly CSU employees give advice, share positivity – and save lives 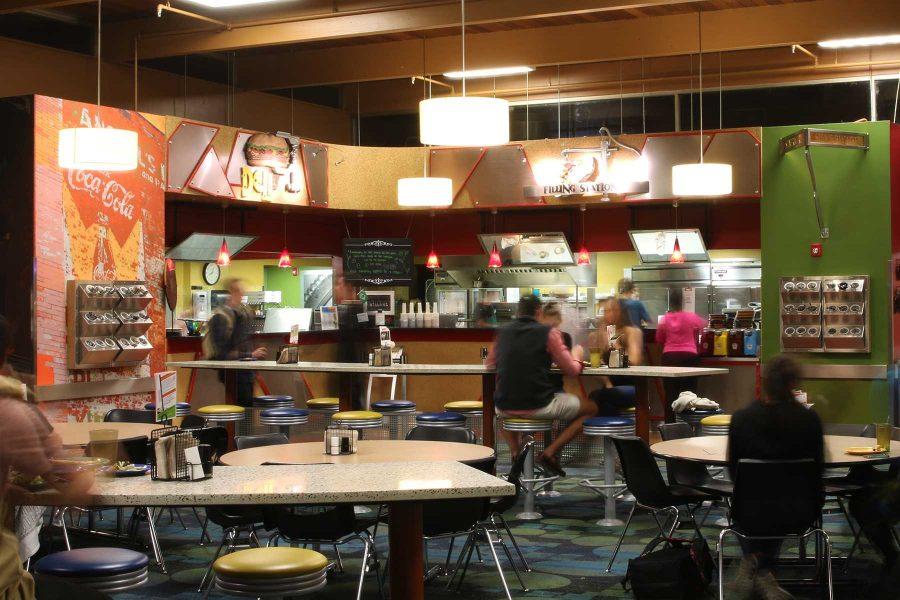 On Todd McCollam’s first day as an employee doing custodial work for CSU he spent an hour scrubbing the microwaves in Lory Student Center. Students had been so careless while warming up their varied foods that they jointly left behind a huge mess – a mess that someone would have to clean for them.

But, when McCollam is asked about working he had nothing bad to say.

“I’ve only been working here a couple of weeks, it’s been nothing but positive,” McCollum said. “Students have been gracious, polite, I haven’t had any issues. I enjoy working here and I’d love to be working here long term.”

Like many CSU employees, McCollam contributes to a positive environment on campus, from the custodial staff to the dining hall, there are a select few employees who have become a familiar face for students.

Jackie Swaro, the Team Lead Benefits Administrator of Human Resources wrote in an email to the Collegian that “most eligible employees are entitled to a rich suite of benefits.” This includes medical, dental, vision and life insurance.

Swaro wrote, “many employs also have access to the Employee Study Privilege program (up to 9 credits of tuition), the Tuition Scholarship Program (tuition discount for employee’s dependents) and several other perks under Commitment to Campus.”

According to Swaro, there a great options and opportunities for employees at CSU.

The reason Mel Liddell has worked at Spoons in Allison Hall for more than a decade is the students.

“I love the students,” Liddell said. “This is my therapy, I enjoy it very, very much, because you guys make me feel young.”

Liddell worked with preschool-level children in special education for 8 years before working at CSU when she decided to give college-age students a try. She found she loved it. Lidell has a wide range of responsibilities at Spoons, and she considers being a positive part of a student’s day one of them.

“I try to have everyone have a good day,” Lidell said. “If I see someone who’s down, or all by themselves, I try to comfort them.”

Liddell takes this responsibility very seriously. Around 10 years ago a freshmen CSU student approached Liddell and told her he wanted to say goodbye. Liddell was confused and asked why. He told her that he planned to commit suicide.

“I said ‘no you are not,’ because I just had a friend who committed suicide,” Liddell said. “I said, ‘Would you do me a favor? If you ever get stressed here’s my phone number, here’s my address, I want you to come to my house and just listen to you. I have any kind of movie you want, I have music you want to listen to, come over, but I want you to come see me every single morning.’”

Days turned into weeks and weeks turned into months and the school year came to an end. According to Liddell, this student’s parents came to campus and he introduced her to them. The parents asked to speak to Liddell’s manager – they wanted the supervisor to know that Liddell saved their son’s life.

Liddell asked the parents not to; she told the student that what the student went through was just between him and her, and she had promised not to say anything. Liddell also disagreed with the idea that she saved the student’s life.

“No, he saved his own and I was just right there,” said Liddell.

A couple of years ago, Liddell received an invitation to the student’s wedding. The two have kept in touch over the years.

“I am here for you guys, and I will do anything to help you guys out,” Liddell said.

Like Liddell, Nancy Tuttle works in dinning services and takes her work as a welcoming face very seriously. Tuttle has been working in the dining halls for 29 years.

Alyssa Casias and Rachel Surratt are two sophomore CSU students who are living in Braiden Hall, where Tuttle works, for a second year. They both expressed a love for Tuttle and are impressed by how personal she is.

“She’s awesome, she makes my day,” Casias said. “I love that she calls me by my name.”

Surratt nodded in agreement with Casias.

“Always polite. Always happy to see me. And she doesn’t have to look at my ID to know who I am,” Surratt added about Tuttle.

Having worked with several different generations of students, Tuttle has little critique for millennials. She didn’t hesitate when asked what she thought of the current generation.

“I love your generation,” Tuttle said. “I think you’re smarter, because there’s so much more technology.”

She thought for a second.

“But some are lazy,” said Tuttle, laughing. “And, it could be because of the technology.”

Many students said they associate Tuttle with a maternal family member, and she had some advice for the students she cares for.

“You just have to take a day at a time,” said Tuttle. “And love everybody instead of all of this stuff that’s going on right now, I think if there was more love in this world wouldn’t be in the shape that we’re in now.”

Her love for the students reflects in her refusal to retire. When the man who hired her in ’87 retired in 2008, he asked her when she was going to retire. She answered that she would be retiring as soon as the kids stopped liking her.

Tuttle doesn’t anticipate that will be any time soon. However, this wasn’t always her plan. Tuttle thought she would be retiring in 2008, because her husband were planning to retire together. Tuttle described him as an awful good man, and a really good husband.

Her plans were derailed when her husband unexpectedly died in 2007.

“So, that changed the whole thing, because we (were) going to travel,” Tuttle said.

Now, her students are the people she gives her love and attention to.

“You guys are mine now,” Tuttle said.

She said she will be here as long as the students want her. According to those she works with, that will be quite a while.

Racheal Reed is a junior human development and family studies major who has worked with Tuttle for 2 years. Reed often has the shift before or after Tuttle, so the two have seen a lot of each other in the last two years. She described what working with Nancy is like.

“She just has a welcoming vibe and that’s what brings people back to Braiden, to come to see Nancy,” said Reed. “The day she retires will be really sad, we’ll lose a motherly figure in here Braiden.”

Collegian assistant news editor can be reached at news@collegian.com or on Twitter @TatianaSophiaPT.