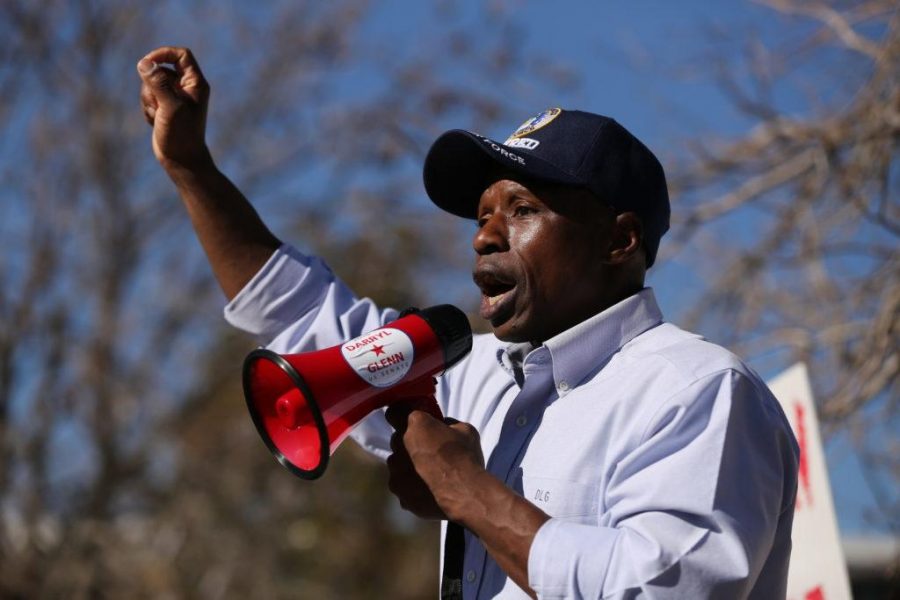 Darryl Glenn, the Colorado Republican nominee for the United States Senate, spoke on the stump about voting in the Lory Student Center Plaza Friday afternoon.

Glenn visited the campus to speak to students about the importance of voting during this election season and about his conservative values.

“I am personally here to ask you for your vote, and if you’ve already voted, go out and find some more people to turn in their ballots,” Glenn said. “This is the most important election of your lifetime.”

Glenn previously did an interview with CTV News in September at a Republican event in Elbert County, Colorado where he discussed his conservative policies and views.

Glenn said he visited the Colorado State University campus because he felt it was crucial for young voters to have the opportunity to meet with someone running for an official government position.

“I think it’s important for us to get out there and talk to everybody that’s interested in this election,” Glenn said. “I believe you deserve an opportunity to meet somebody who wants to be your next senator.”

Fort Collins City Council members Ray Martinez and Gino Campana were also in attendance to introduce Glenn to a crowd of nearly 60 people.

“I want somebody representing us in Washington that understands (Fort Collins issues) that is not going to forget us and bring our issues forward there and put laws into effect,” Campana said. “I want to be able to pick up my phone and text or call our next senator and say, ‘Here’s what’s happening in Fort Collins. What are you going to do about it?’”

Glenn discussed the importance of having a member in the U.S. Senate who accurately represents the people of their state.

“If you go look at my background and history, when we tell you were going to do something, we’re going to do it,” Glenn said to the crowd. “Your generation is in charge. You should have a say in what’s going on.”

Glenn said he feels very confident competing against the Democratic nominee for Senate, Michael Bennet, who visited the CSU campus the Thursday afternoon before Glenn’s appearance.

“I think that what people are really frustrated about is they want more of a say in what their official is doing,” Glenn said. “They want that official to come back and get feedback on what they’re doing, and that’s one of the big weaknesses I believe that Mr. Bennet has.”

Glenn said if he is elected, he will look to change policies surrounding the Affordable Care Act and energy usage in Colorado, two issues he feels are important to Colorado.

“People are very angry and frustrated about (the Affordable Care Act) so we need to have a system that encourages more competition,” Glenn said. “(And then) all forms of energy, I think, are important to Colorado, but we need to allow the market to kind of dictate that versus having the government pick winners and losers because we’re losing sight of who has to pay the bill, and we can’t do that because the people are struggling out there.”