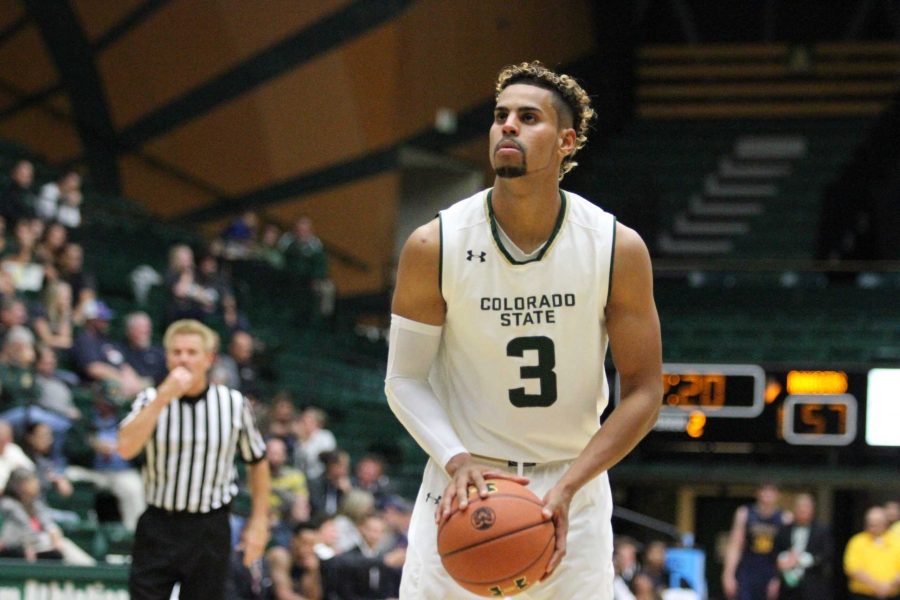 Gian Clavell (3) at the free throw line in their win against Regis. (Javon Harris | Collegian)

An update to this story can be found here.

CSU basketball player Gian Clavell was arrested Wednesday after his ex-girlfriend told police he physically restrained her in the Moby Arena parking lot last week and continued to contact and touch her after she repeatedly told him to stop.

Clavell has been suspended indefinitely from the basketball team pending investigation of the incident, according to the CSU Athletic Department.

“When a student-athlete has been arrested or charged with a violation of criminal law, the student-athlete will be suspended from all team activities pending further investigation,” the CSU Athletic Department wrote in a statement Thursday.

Clavell scored 13 points and grabbed 12 rebounds for the Rams in an exhibition game Tuesday against Regis.

He averaged 20.8 points and 6.9 rebounds for the Rams in 10 games last season before suffering season-ending hand and shoulder injuries, which made him eligible to receive a medical hardship waiver for a fifth and final season.

Collegian Staff can be reached at news@collegian.com.