Campus groups try to bring unity in wake of election 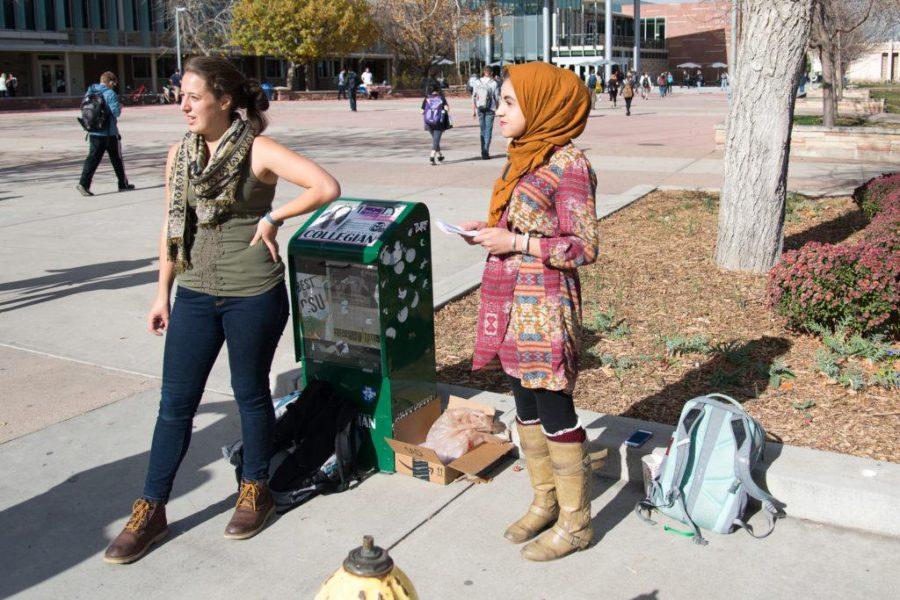 Three different events to bring people together in the wake of the results of the election were held on campus Wednesday.

One group, the Political Activism and Education for Youth in America, handed out safety pins in the plaza from 10:00 a.m. until 2:00 p.m. There were later two community dialogues, one for students and another for staff and faculty, for people to discuss the election and its outcome.

“Safety pins represent that you yourself are a safe place,” said Teresa Ross Tellechea, one of the students who was handing out the pins. “They’re also a reminder to step in if you see bigotry, racism, sexism or anything that seeks to oppress marginalized groups and minorities. It’s a symbol that you will step in.”

While wearing safety pins has become a movement following the election of Donald Trump, not all agree with the use of them. Some think that they are simply pointless, and represent an issue that does not exist, while others believe that wearing them is not enough to address the issue.

“There has been some controversy about the safety pins, like it’s not enough, and we completely agree with that,” said Charlotte Conway, another member of the group. “But, at the same time, we view it as a first step to being an ally that will step in and help marginalized groups and always seek education.”

While the wearing of safety pins has become a trend in the United States since last Tuesday, it began in the aftermath of Brexit, when the United Kingdom saw a sudden spike in the number of hate crimes, especially against those of eastern European heritage.

“We really want to put the emphasis on the fact that allyship is not just something that you just put a safety pin on for, and you’re like ‘okay cool I agree,'” Ross Tellechea said. “It’s more to make the voices of marginalized communities heard and center our attention around that. But, the safety pins at the same time are just a first step to getting there, and so that’s why we’re handing out the flyers, to tell people what they can do.”

Faculty and Staff come together for community dialogue

Later in the day, at 12:00 p.m., the Office of the Vice President of Diversity held a community dialogue for faculty and staff of the University to discuss the recent election and what their reactions to it are.

In total, around 70 people showed up, and more chairs had to be added to the room in order to seat everyone in attendance.

“We’re just trying to provide spaces for people to find support and community, and understand some of the different issues that people are facing, some of the fears they have,” said Ria Vigil, director of diversity education and training on the purpose. “Not a lot of people are able to do that at their work every day.”

For the first half hour of the event, the different tables spoke in small groups of around six or seven people, discussing a series of questions that were given to each small group. Then the discussion was opened up in order for the attendees to address the entire room about their thoughts and what their tables talked about.

In a different room in the LSC a few hours later, a similar event was held for students who have felt stressed in the past week due to the election.

“Our goal was create a space for people to process how they’re feeling and to process across differences … and try to find a way to people to relate with one another, and to find a way to move forward at this point from a place of a shared sense of humanity,” said Kathy Sisneros, the CSU Assistant Vice President on Student Affairs and organizer of the event.

Vigil ended the faculty and staff event with a call to action.