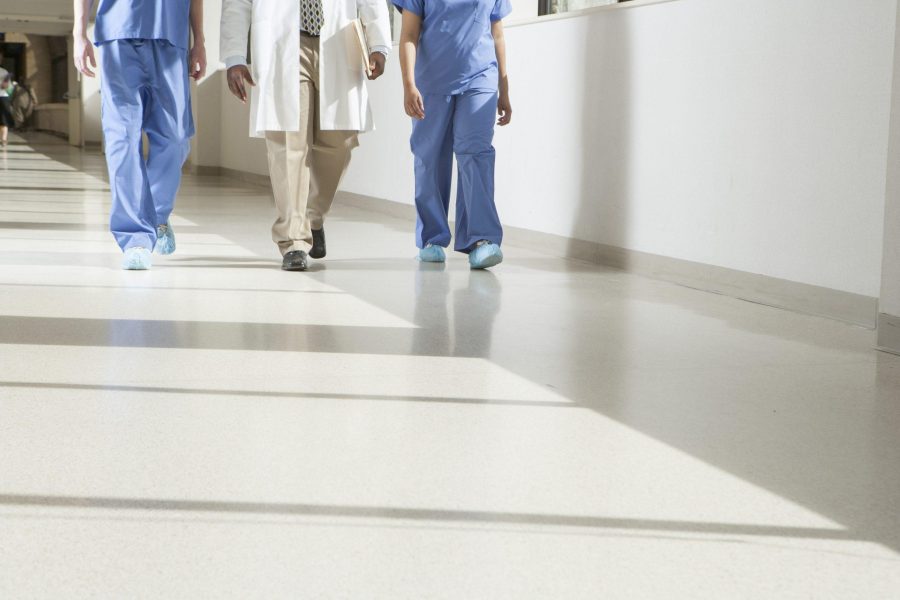 Proposition 106 would legalize medical aid in dying in the state of Colorado if voters approve it this November.

Proposition 106, also known as Colorado End of Life Options Act or Initiative 145, passed through the legislature last April. The initiative proposes a series of conditions that would ultimately allow a terminally ill patient the ability to end their life through lethal medication.

The nearly twelve-page bill states that in order for a patient to request the aid, the individual must be diagnosed with a terminal illness and given less than six months left to live, be mentally able to make the decision and voluntarily ask for the lethal medication. The patient is also required to give two oral requests separated by fifteen days and a provide a written request passing standards set forth in the bill.

This is the third time in two years that Colorado government members have attempted to pass legislation making the issue legal. House Bill 1054, which was introduced last year, failed in the legislature due to concerns that there were not enough requirements for witnesses, and insurance companies could see the option as easier and cheaper than caring for the patient throughout the remainder of their treatments.

If supporters of the bill happen to be successful this time around, Colorado will be the sixth state behind Oregon, Washington, Vermont, California, and Montana.

In 1997, Oregon was the first state in the United States to legalize assisted suicide. Through the Death With Dignity act, “an adult who is capable, is a resident of Oregon, and has been determined by the attending physician and consulting physician to be suffering from a terminal disease, and who has voluntarily expressed his or her wish to die,” has the possibility of ending their life.

Washington followed in 2008, Vermont in 2013 and California just months earlier in 2016. Montana, in 2009, created a defense for physicians who assisted patients in suicide.

The argument against Proposition 106

For Jeffrey Hunt, leader of conservative think tank Centennial Institute, Proposition 106 is following in the footsteps of HB 1054.

“The government is saying, ‘It’s cheaper to kill you and we’re willing to pay for that,’” Hunt said.

He said that insurance companies are already quick to jump on opportunities to pay the least they can. The pressure from these two groups, including other factors such as family and society, he argued, would turn aid-in-dying from a personal choice to a duty to die.

Hunt said the requirements specifically laid out in Proposition 106 for witnesses, attending physicians and what constitutes for mentally able are all weak and allow for corruption. He said patients trusting their doctors for the best treatment will now have to worry that their doctor will see assisted suicide as the only option, rather than prolonging their life.

Furthermore, Hunt is concerned that because the proposition only requires doctors to be present at the time of administering the medication but not during the time that the patient takes them, that the lethal drugs could be circulating throughout the state with little to no regulation.

But for the Centennial Institute, based out of Colorado Christian University, the moral half of the issue is equally as important.

“(We are) called by faith to care for those in our community,” Hunt said.

The Centennial Institute works with conservatives and libertarians in Colorado to educate them on the issue and discuss faith-based arguments.

They use Pope John Paul II’s warning of the “strong against the weak who have no choice but to submit,” as a guiding point to discuss how the Proposition creates a class labeled ‘terminally ill.’ As those with disabilities have often faced, they say, these classifications cause people to feel as a burden rather than a life to be cherished.

But, most important to the group is the idea that aid-in-dying creates a society where the elderly are no longer cared for but ushered off. They believe that a bond is created between the elderly and youth during their time of suffering.

“When people are in a tremendous amount of pain, that is an awful time,” Hunt said. “I would love to see an investment in hospice care, in palliative medicine that really improves that suffering. But, I think that the idea that doctor-assisted suicide is the answer opens up so many more problems to our society, especially among our friends in the disabled community.”

The argument for Proposition 106

Those on the other side argue that passing the legislation is ethically just.

Julie Selsberg, First Attorney General for Colorado Attorney General’s Office has been a leading proponent of the bill after her father slowly passed away from Lou Gehrig’s disease.

“We are one step closer to ensuring that Coloradans have control over all of their health care decisions when facing terminal illness,” said Julie Selsberg, First Assistant Attorney General for Colorado Attorney General’s Office in an article for the Denver Post.

Charles Selsberg wrote a letter to legislature urging them to reconsider aid-in-dying to those suffering as he was.

“I chose to live when I should have chosen to die, at my own hands, many months ago. Because now I can’t swallow the foods that made my mouth water or the sweets that added a few pounds to my middle,” Selsberg wrote. “It is time for Colorado to show its compassion. Legislators, you have shown mercy on patients in pain before. Take the next step: Show mercy on the terminally ill. Please.”

For Veterinary doctors in the United States, aid-in-dying has long been a legal and common practice in their professions.

Since 1963, Veterinarians have been held to the standard of the American Veterinary Medical Association to be able to practice euthanasia, another form of aid-in-dying that differs in the fact that the lethal medication is delivered directly to the patient.

Jane Shaw, a professor for the Colorado State University College of Veterinary Medicine said in everyday practice, it comes down to a question of quality of life.

“(It’s) one that’s not taken lightly by either the veterinarian or the clients,” Shaw said.

Shaw has been recognized by the Colorado Veterinary Medicine Association as the 2011 Outstanding Faculty Member and is considered an expert in veterinarian-client-patient interactions, which very often includes the conversation of euthanasia.

“In the past, animals have been seen to serve a function, making the decision to put them down easier but “when you see them as a member of the family, the line becomes more blurry,” Shaw said.

Yet, even though the decision may be hard, Shaw has received little criticism for the practice of euthanasia.

“I think most people realize the gift we give animals,” Shaw said.

On top of the guidelines set by the AVMA, hopeful veterinarians at the Colorado State University Veterinary Teaching Hospital will receive pre-training of the process of euthanasia and as a nationwide practice, are required to maintain education credits in order to keep their license.

“Veterinarians in general are very accepting of the practice of euthanasia. As a culture, as a profession, we consider it as a gift we can give our patients, the gift to end suffering.” Shaw said, talking first of euthanasia before switching her focus to the debate of aid-in-dying.

“This is a decision not to take lightly. These decisions can be made in a thoughtful, meaningful and a healthy way.”

Mail in ballots will be mailed to voters beginning Oct. 17. Voter registration will end at that time. Ballots are due by 7 p.m. Nov. 8.

Collegian reporter Gina Spoden can be reached at news@collegian.com or on Twitter at @gina_spoden5.