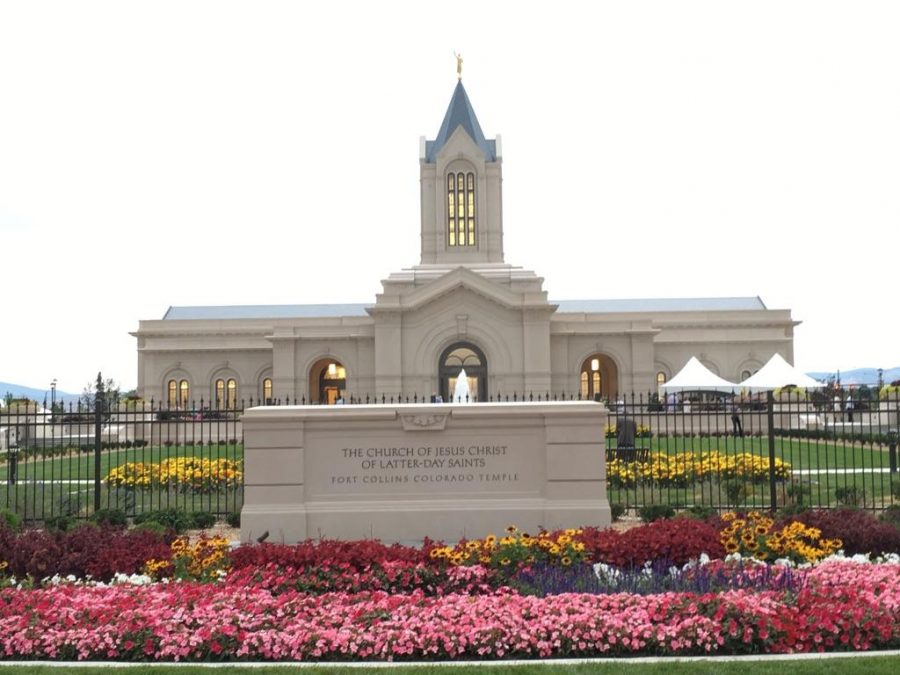 The first Northern Colorado temple of Latter Day Saints was dedicated in Fort Collins on Sunday.

The temple, located on 2180 Majestic Dr., held an open house to the public from Aug. 19 through Sept. 20. After a temple is dedicated, someone who has not been baptized into the Mormon church cannot go into the building. About 2,000 people attended the open house for the temple.

Across the world, there are 153 operating temples with two in Colorado. Last year, there were only five temples dedicated.

The temple is considered to be a dedicated place for sacred ordinances to occur according to the Church of Latter-Day Saints website. Whereas, the churches are places for Mormons and Visitors can meet to pray, study scripture and partake in the sacrament.

Touring the temple was a big event for the community. With so few new temples being erected each year, one being this close to Colorado State University and the students is a big draw for non-Mormons who want to see the building prior to the dedication

Colorado State senior, Sierra Allred, who has been Mormon since her baptism when she was 8 years old, is attended the dedication on Sunday.

“I am so excited. It is one of the coolest things that has happened in my lifetime,” said Allred. “For me, being a member of the church, it’s who I am. If it weren’t for the church, I don’t know what kind of person I would be.”

Allred hopes with the new temple in Northern Colorado area, more CSU students will have the opportunity to attend on a regular basis, rather than having to travel down to Denver once a month.

“I am the only one, I’ve looked,” freshman art major Eden Welch said. “[My family] were a little put off at first, my dad was really against it and my mom didn’t care, but he’s kind of warmed up to it.”

Welch, the first in her family, was baptized into the church in June of this year, after growing up Christian. She spent most of her childhood jumping between churches with her mother, unable to settle on a church that made her feel at home. Now, Welch said she is able to feel at home and comfortable instead of awkward.

“I think it will really give [CSU students] an opportunity to strengthen their faith. Especially the Mormons that have grown up in the church to keep going every weekend,” Welch said.