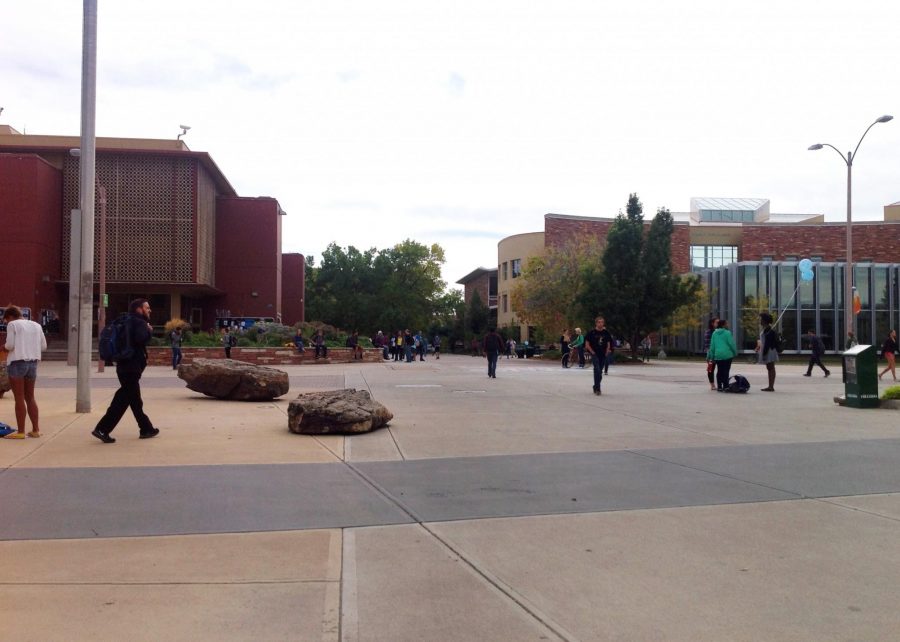 Agriculture students at Colorado State University reached out to other students on the LSC plaza on Thursday with the purpose of creating an awareness about agriculture. The event, called Cam’s Ag Experience, had Agriculture booths run by six different clubs from the College of Agricultural Sciences that stretched along the west side of the Plaza. The clubs answered any questions students had about agriculture. Rachel Seedorf, a senior soil and crop science major and agronomy club member, said the goal of the event is to better understand where food comes from

“I think even students our age think that the food just comes from the store and it doesn’t,” Seedorf said. “It comes from agriculture and the field.”

Seedorf felt this event gives students a better hands on knowledge of agriculture and how CSU clubs are contributing to agriculture today.

Collegiate Farm Bureau ran a booth about dairy. They also had a corn hole game for students to participate with. The Agronomy Club’s booth was about wheat. Their booth showed the process of bread making from farm-to-table. Block and Bridle’s booth promoted animal agriculture and their club. Alpha Gamma Rho focused on soil minerals. They had a pong game set up with different minerals on each of the cups.

The AgEd Alliance booth had an activity where students could make their own butter from shaking cream. They also had pumpkin carving as a part of their booth. The Rocky Mountain Farmer’s Union ran a booth that showed how much money actually goes to the farmer compared to the retail price of food. Students also had the opportunity to write down on a white board why they love agriculture.

The program was planned entirely by the program design and evaluation in agriculture literacy class. The class, taught by assistant professor in agricultural and resource economics Dr. Michael Martin, teaches students how to plan programs to promote agriculture literacy among the population. Eight students where involved with the planning. Their jobs planning this event included tasks like contacting the clubs, advertising, making displays, and setting up.

Taylor Moore, a senior agricultural sciences major, said putting the event together was an experience within itself.

“It was fun planning an effective way to spread positive words about agriculture and we had a lot of strong group members that contributed,” Moore said. “It ended up being a really great event and the hard work really showed.”

Reporter Julia Currier can be reached at news@collegian.com or on Twitter @juliadc965.