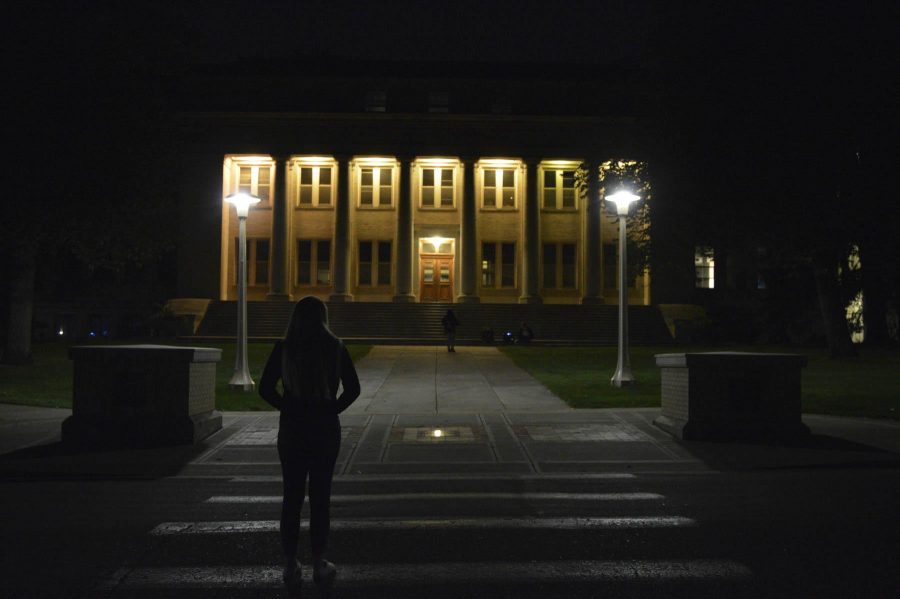 Violence is a reality of life for many college-aged students. Between 20 and 25 percent of women in college experience a form of sexual violence, according to the National Sexual Violence Resource Center. And, according to the Department of Justice, only around 20 percent are reported to police.

“Most if not all of the women I know have experienced some sort of violence or harassment,” said Vanessa Paz, a counselor with the CSU Health Network who specializes in sexual and relationship violence.

One of the first university assistance hotlines for survivors of violence, the Victim Assistance Team (VAT) at CSU has been in existence since 1975. It began as a service for victims of sexual assault, but the hotline expanded three years ago to include all forms of interpersonal violence.

In the hotline’s first year, it served three survivors. In the past year, it served 450, doubling the calls from the previous year, said Casey Malsam, the assistant director of victim services in the Women and Gender Advocacy Center.

Malsam has been in her position for 5 years, and has had a passion for feminism and social justice her entire life.

This increased number of survivors served is probably not due to an increase in assaults happening, Malsam said.

“The fact that our Cleary numbers and the numbers of survivors coming into our office are higher means that we’re doing something to show that we are going to believe survivors, and that we’re a safe place to talk about what’s going on with them,” Malsam said. “I don’t think (assaults are) happening more. I think (if) universities (are) reporting they have one or two sexual assaults a year, then there’s something going on at that university that says that they are not a safe place to report.”

The increase in recent years could also be due to sheer increase in student body numbers, and to better marketing of the VAT. Students in any campus bathrooms have likely seen flyers promoting the VAT.

Sixty percent of students respond ‘yes’ to one of those questions, illustrating the prevalence of violence in college-aged students. However, police reports of sexual violence are dramatically lower, which Paz said emphasizes the importance of confidential resources.

Because VAT is confidential, volunteers can assist survivors without having to report the crime to authorities. This service allows survivors to have a resource without filing an official report unless they want to.

The VAT has approximately 50 volunteers at any given time, with 25-30 actively volunteering this semester. The training to be a confidential reporter is extensive in order to provide maximum security to the survivors.

“They (volunteers) are students, they are faculty, they are staff; all of whom are welcome to take our training to become a volunteer,” Malsam said.

One student volunteer, Meaghan Booth, has been with the VAT for two years and found strength in the WGAC’s ability to make a difference and combat a culture that supports sexual violence, she said.

“I decided to volunteer because I identify as a survivor of rape and I know first hand the impact it can have on people,” Booth said. “I thought volunteering would be a good way to fight back against the rape culture that left me a victim.”

The training is 45 hours spanning fall semester – the same length as a class. Some students take it for three credits, she said. They meet three hours once a week to learn how to be most effective and useful to the survivors.

The training is designed to prepare volunteers for all experiences they might have while working in this program.

“It really is a hands on training, so when they’re taking calls as a volunteer, they know how a police officer might talk about this because they’ve talked about it with a police officer,” Malsam said. “They know what the hospital looks like because we’ve been to the hospital. All of which is in an effort to make things easier for a survivor to seek resources.”

“The most impactful moment in the classroom was learning that, as an advocate, our job is not to suggest resources that we would use or that we think are best, but rather to give the victim/survivor all the resources available to them so they have the freedom of choice,” Booth said.

Volunteers with the VAT work in pairs to run the 24/7 hotline, and are available to talk, help survivors through navigating resources, and even to meet in person if the survivor requests. Although most interactions are held over the phone, the volunteers are trained to go with survivors to the hospital, the police, and to support them in any way.

The WGAC also supervises the complementary piece to the VAT, which is the violence prevention side. Staff members of the WGAC put on programs designed to teach consent, to have honest conversations about interpersonal violence, and to discuss rape-supportive culture – the culture that allows a rapist to be convicted, but not spend much time in jail in order to avoid having a significant impact on him or her.

“Why is this law okay to break and not go to jail for, but other laws aren’t?” Malsam asked.

And, while they have received some pushback from individuals not taking these sessions seriously, Malsam said the overwhelming majority of the work they do has been positive.

The VAT works with another confidential resource, the counseling services offered by the CSU Health Network. Paz said counseling has around 70 counselors on staff, which is a substantial number.

Students get five free counseling services before a charge is applied, and group counseling is always free.

“Counseling provides a safe place to make sense of things that don’t feel like they make a lot of sense,” Paz said.

One imperative aspect of counseling for assault survivors is allowing the survivor to take the lead on the sessions. By taking control of when the sessions happen and what happens inside each session, the survivor can take back control of the situation, which can help in aiding recovery from a crime that took all control away from the survivor, Paz said.

“There’s a lot of empowerment that comes with that,” Paz said.

Interpersonal violence is one of the more common concerns she sees come through the doors of counseling, after very common things like anxiety and depression, Paz said. She said people often feel afraid, ashamed or embarrassed about what has happened to them. Counseling can help deal with these emotions.

Additionally, because counseling is both a confidential service and part of the CSU Health Network, records from counseling sessions are protected by confidentiality and by HIPPA. “Everything is incredibly confidential,” Paz said.

In many cases, working with survivors of interpersonal violence, Paz said counselors will refer the student to also seek help with the WGAC.

There are other resources available for bystanders concerned about a situation as well. Paz recommended the Tell Someone line, which she said has seen a lot of use.

“It offers a really accessible way to communicate concerns,” she said.

All of these programs work in tandem with CSU’s REFRAME campaign, which was launched last year. This campaign has reached out to students to ‘reframe’ common misconceptions surrounding sexual violence, and has been well received by the community. The university and workers in all organizations have these programs in place to help survivors.

“It comes down to a lot of things,” Booth said. “More supportive faculty, greater awareness of consent, more clubs and organizations addressing the problems in their organizations, and fostering a culture of support when victims ‘come out’ as survivors of sexual violence.”

She hopes people will educate themselves about sexual assault and realize how impactful it can be on a college campus. Booth also encouraged students to seek counseling to help ensure they are getting the care they need, a sentiment echoed by Paz.

“Doing this job is one of the most exhausting, draining, and sometimes disheartening activities I could be involved with,” Booth said. “Being a survivor myself, it can be triggering to hear other people’s stories and be constantly reminded of how pervasive rape is. But, knowing how necessary the work the Victim Assistance Team does is all I need to keep going when it gets hard.”

Collegian Enterprise Editor Michelle Fredrickson can be reached at news@collegian.com or on Twitter @mfredrickson42.