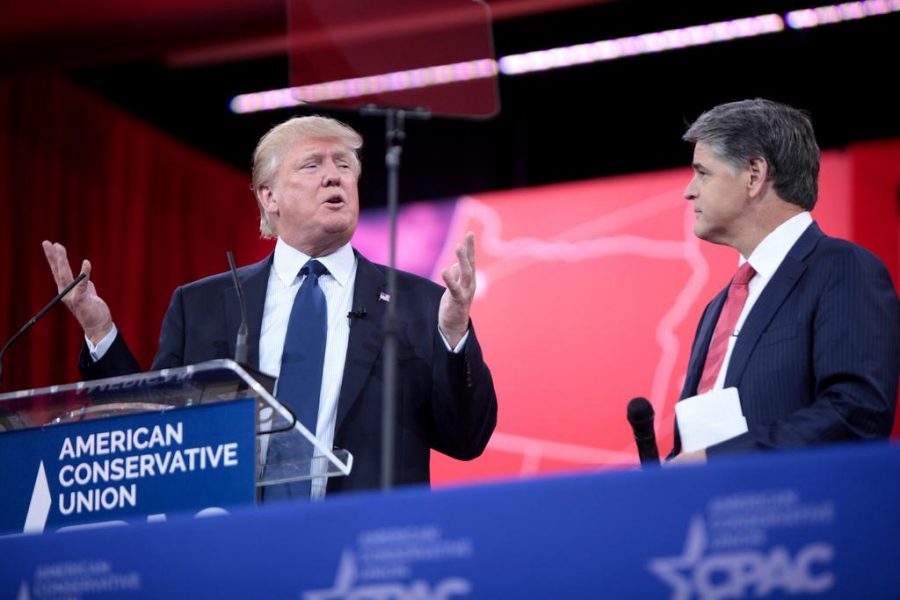 The last week of election news has been dominated by one thing: the Trump tapes. Revealing a glimpse into the behavior of Donald Trump behind the scenes, the tapes have prompted some prominent Republicans across Colorado and the U.S. to come out against their party’s nominee.

Darryl Glenn, the Republican candidate for Sen. Michael Bennet’s contested Senate seat, initially reacted by calling on Trump to end his bid for the White House.

In a Facebook post, Glenn said, “As a father, as a Christian, and as a Republican, I believe that we simply cannot tolerate a nominee who speaks this way about women,” then called for Trump to step aside and instead allow Mike Pence to take up the Republican presidential ticket.

After a few days, Glenn said he invites Trump to defend his comments to win back his support.

Sen. Cory Gardner, R-CO, also called for Trump to leave the ticket and said he would write-in Pence instead.

“If Donald Trump wishes to defeat Hillary Clinton, he should do the only thing that will allow us to do so — step aside, and allow Mike Pence to be the Republican party’s nominee,” Gardner said. “If he fails to do so, I will not vote for Hillary Clinton, but will instead write-in my vote for Mike Pence.”

If Donald Trump wishes to defeat Hillary Clinton, he should do the only thing that will allow us to do so – step aside. My full statement: pic.twitter.com/hadKP4gIrr

Nic Morse, the Republican congressional candidate for Colorado District 2, was disturbed by the revelations made on the Trump tapes, but said he would still vote for Trump come election day. On Twitter Saturday, Morse said he resigned as the co-chair for the Larimer County Trump campaign and that his wife had left as well.

“It’s easy to be quiet and go on, but the measure of a good person is knowing the time to speak up,” Morse said.

I will vote for @realDonaldTrump but I stepped down as the co-chair for Larimer County & my wife has left his campaign also. We have a (1/2)

2 year old daughter & I can overlook some things, but not this. He is embarrassing us as Republicans against the most corrupt opponent.(2/2)

Morse said his decision to leave the Larimer Trump campaign left him with a “clear conscience” to continue his congressional race against Rep. Jared Polis, D-CO.

Bob Morain, the chair of the Larimer County Republican Party, responded to the tapes in a “Letter from the Chairman” Monday. He argued that regardless of what his detractors would wish for, Trump cannot be replaced as the nominee, as ballots have already been printed and prepared to be sent out in most states with Trump’s name at the top.

“That Mr. Trump and Mr. Bush apparently thought such language and conversation were socially acceptable is not only an indictment on each of them but on our culture at large,” Morain wrote. “We have confused ‘liberty’ with ‘license,’ and the resulting licentiousness is exacting a large toll.”

Morain urged voters to still vote Republican, but said Trump is far from a good candidate. He said that voting Democrat would further “jeopardize the liberty, peace and prosperity” of America.

“Many Republicans and Democrats alike wish their parties had put forth more honorable candidates, and if either party were to make a substitution, there would be much to talk about,” Morain wrote. “However, until such substitutions are made, voting Republican remains the safest course.”

Trump’s lack of support from his party has prompted him to lash out at Paul Ryan and other members of the Republican party who have criticized his campaign, blaming them partly for why his campaign is polling behind Clinton’s.

“Disloyal R’s are far more difficult than Crooked Hillary,” Trump wrote on Twitter. “They come at you from all sides. They don’t know how to win – I will teach them!”

It is so nice that the shackles have been taken off me and I can now fight for America the way I want to.

Collegian Editor in Chief Erik Petrovich can be reached at news@collegian.com or on Twitter @EAPetrovich.