One walnut tree to be removed, historical American Elm trees to remain on the Oval 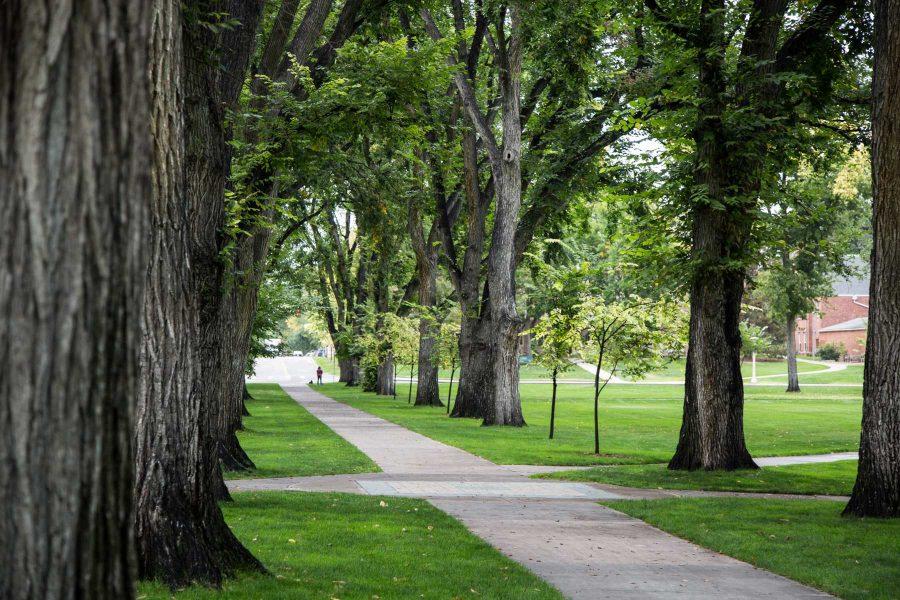 Despite rumors of Dutch Elm disease, the American Elm trees on CSU’s beloved Oval will not be removed.

“There are no plans for any large scale removals,” wrote Fred Haberecht, assistant director of facilities management, in an email to the Collegian.

Haberecht said the only tree on the oval to be removed in the near future is a walnut tree, which is suffering from 1000 cankers, a fungal disease spread by a beetle.

American Elms are distinguishable from walnut trees and others because the elms are planted in and on the Oval, true to its shape.

He said the only removals that take place are on a case by case basis, and any trees removed are replaced. Reasons for tree removal are either related to safety, storm damage or diseases.

Some of the elms on the Oval are among the first planted on campus in 1881. CSU’s elms are among the oldest and healthiest stands of American elms in the country, Haberecht said.

The smaller trees visible on the Oval today were planted around three years ago, according to Haberecht.

Two American Elms were removed from the Oval in the summer of 2012, because of Dutch Elm disease, according to an article in the Collegian. Removal of the trees is mandatory once they have the disease, because of the risk of the disease spreading.

CSU launched the Oval Preservation Fund, which is still ongoing, after snow damaged branches on trees on the Oval in 2011. The fund helps to care for and trim the trees.

Currently, no American Elm trees are suffering from Dutch Elm or other diseases, said Haberecht.