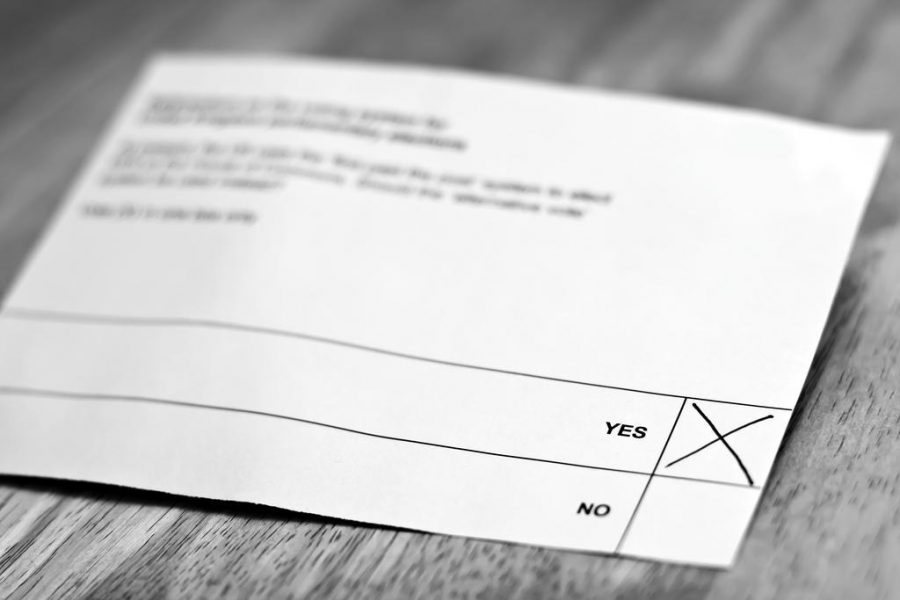 If you use this photo, please link to www.CGPGrey.com for attribution.

Amendment 71 could make changing the Colorado constitution more difficult by adding requirements to get amendments on the ballot.

If the legislation passes, there will be two requirements to get a state constitutional amendment on the ballot: Petition signatures will be required from all 35 senate districts in Colorado, and at least 2 percent of registered voters in each senate district have to sign the petition.

Amendment 71 would require an amendment to have small support statewide to get on the ballot.

After an amendment reaches the ballot, Amendment 71 would require 55 percent of voters to approve it. Right now, an amendment needs a simple majority to pass.

Supporters of Amendment 71 claim that it is difficult for legislators to change amendments when there are problems, so increasing the requirements to get an amendment on the ballot would encourage more statuary amendments. Statuary amendments are easier to change, while constitutional amendments require an election to alter it.

Advocates for Amendment 71 also claim that requiring people from all across the state to back an amendment would make sure there is statewide support instead of support from one population center.

Those who oppose Amendment 71 claim it would make changing the constitution too difficult. The signature process can already be a challenge and the new requirement might demand more time and money, thus hindering democracy, according to an article in the Denver Post.

The opposition to the amendment also claim that statutory laws can be changed or repealed without voter approval, unlike constitutional amendments.

“I haven’t completely made up my mind on this one,” said Austin Good, a CSU alumni going into public policy. “Most voters don’t consider the intricacies of an amendment… Baking them into the state constitution makes it difficult for the legislature to fix the broken parts later. However, I do think the ability for citizens to vote on amendments is powerful and a great part of our democracy. I’d hate for the bar to be too difficult to get over.”

Mail in ballots will be mailed to voters beginning Oct. 17. Voter registration will end at that time. Ballots are due by 7 p.m. Nov. 8.

Collegian reporter Julia Currier can be reached at news@collegian.com or on Twitter @juliadc965.