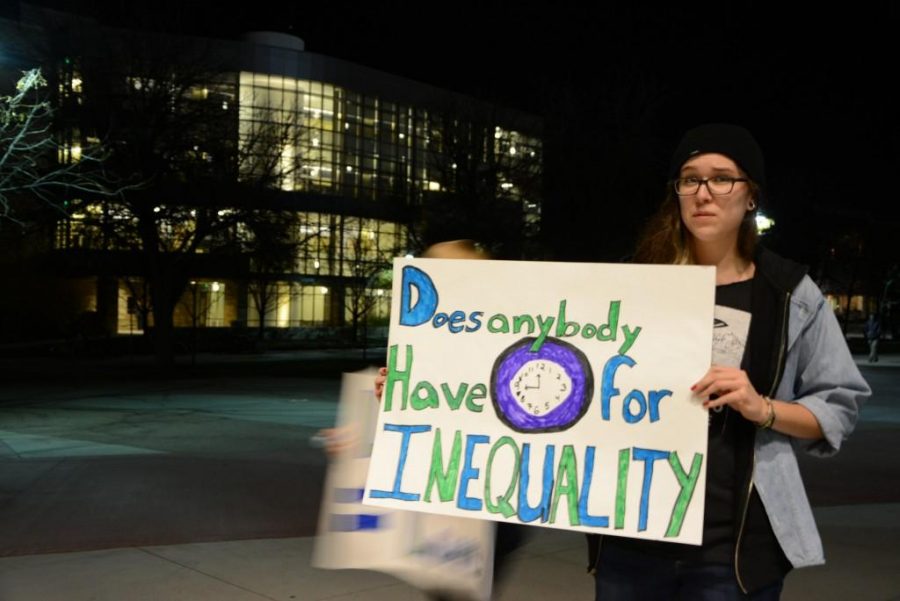 What once started as a one-day event devoted to taking a look at diversity, has turned into a four-day event filled with workshops, guest speakers and conversation. The 16th annual Diversity Symposium will take place Sept. 19 to 22 in the Lory Student Center and is open to all staff, students and community members. No registration is required.

Over the course of the symposium, there will be three evening presentations from nationally recognized individuals, as well as nearly 40 daytime hour-long sessions taking place Tuesday, Wednesday and Thursday.

The symposium starts Monday night at 6 p.m. in the LSC Theater with keynote speaker Jacqueline Patterson, Director of NAACP Environmental and Climate Justice program. Patterson is the co-founder and coordinator for Women of Color United. She also speaks out about women’s rights, racial issues, economic issues and climate change.

The second keynote speaker Maria Hinojosa will take the stage in the LSC Theater Tuesday evening at 6 p.m. Hinojosa is a journalist with a passion for uncovering stories often untold by mainstream news corporations, according to her biography on NPR. She served as the producer and anchor for the NPR show Latino USA and a senior TV news correspondent. In 2010, Hinojosa founded The Futuro Media Group, is a non-profit organization which serves to tell stories with a focus on diversity.

The final keynote speaker, Bryan Stevenson, will speak in the LSC Ballrooms starting at 7 p.m. in regards to his award-winning book, “Just Mercy.” Stevenson is a professor at the New York University Law School and is the Executive Director of the Equal Justice Initiative based out of Montgomery Alabama.

According to the Equal Justice Initiative’s website, it is “committed to ending mass incarceration and excessive punishment in the United States, to challenging racial and economic injustice, and to protecting basic human rights for the most vulnerable people in American society.” Book signing and purchase will be available following the presentation.

CSU speakers will also take the stage during the symposium. One of the many daytime presenters is Darrie Burrage, the associate director of learning programs. He will be giving two presentations.

Next Tuesday, Burrage is leading a session titled “Dim the Lights,” which uses a theatrical approach discuss experiences faced by women in engineering. He interviewed 10 female engineering students at CSU and wrote a script incorporating common themes presented by the students.

“As I wrote the script, I was trying to incorporate the flavor of all the different interviews I had,” Burrage said. “Not every woman in engineering has the same experience, and feels about their experience the same way, but there were some common themes. So, the script I wrote is a compilation of all those different things I learned in those interviews.”

His second session, “Party Hard,” takes place Wednesday and uses the metaphor of a party to explain inclusive behavior.

“I wanted to use a metaphor that would be accessible to students” Burrage said.

He said his inspiration for the session came from the Associated Students of CSU’s Diversity Bill which was debated and passed in the spring of 2016.

“On the surface of that bill, yes I’m a proponent,” Burrage said. “I’m an advocate for that bill, but when I think deeper about it, maybe I’m not an advocate of that bill if it would mean that people of color, or people from these marginalized communities would be going into ASCSU and be treated poorly or not having a good experience. It was from this bill last spring, I got this idea that it’s kind of like going to a party and no one talking to you.”

Women and Gender Advocacy Director Monica Rivera will give a presentation titled “Body Sovereignty and Kids: How to Create a Culture of Consent.”

“(Body) sovereignty is where you get to make decisions about what happens to your body,” Rivera said.

Rivera said she will discuss tips on teaching children the concept of consent from a young age.

This class is not only for future or current parents, Rivera said.

“Even if you don’t have kids and never want to have children, still knowing how to teach kids about the concepts of body sovereignty and consent is important,” Rivera said.

For a full schedule of events for the Diversity Symposium visit https://guidebook.com/guide/77236/.