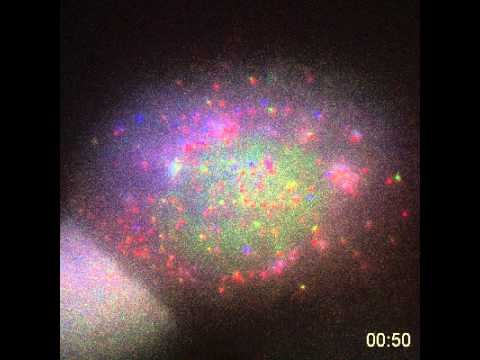 Two researchers at Colorado State University were given a $1.2 million grant to better understand how viruses hijack cells.

Along with a team of graduate students, they will analyze translation and frame shifting within a single RNA molecule in real time. The project is titled “Multiplexed Real-Time Quantification of RNA to Protein Translation in Live Cells.”

Although frame shifting is the starting block for the project, studying RNA translation in general will open doors to understanding other signals and processes at the molecular level, Stasevich said.

“This has never been done before, it’s like when Galileo invented the telescope. Who would have predicted that he would look up and see the moons of jupiter?” Stasevich said. “Our new tool is like that, we have the ability to see things that have never been seen before, we don’t know exactly what will come from it.”

The grant was given by W. M. Keck Foundation, which has provided seven grants to CSU scientists in the last 15 years. According to SOURCE, the Keck Foundation grant also provides for the establishment of the W.M. Keck Gene Imaging Lab and the W.M. Keck High Performance Computing Cluster. Both of these facilities will be of central importance to the success of Stasevich and Munsky’s project.

Stasevich said one of the main processes the team will look at is frame shifting, or shifting one letter within an RNA. A virus has a small genome, or a small set of genes, so it has devised a way to hijack molecules and create two proteins.

“Imagine you read a sentence from left to right, but then you switch one letter. The sentence will no longer make sense.” Stasevich said. “This is not the case with viruses, they have figured out how to switch one letter in RNA, and still make a new sentence.”

While Stasevich, an experimentalist, developed the technique to analyze the cellular process, Munksy is the computational half of the project, applying statistics to the seemingly random processes within RNA molecules.

“Usually, you would have to wait a long period of time after the protein is created before they can actually see it and observe it,” said Munsky, “Tim developed a technique to see that protein right as it’s being created, in real time.”

Kenneth Lyon, a third year graduate student studying biochemistry and working on the project, said the advances that will come from the project are anything but boring.

“Its exciting,” Lyon said. “It may not seem like it, but RNA is exciting, and to add to that, what we are doing has never been done.”