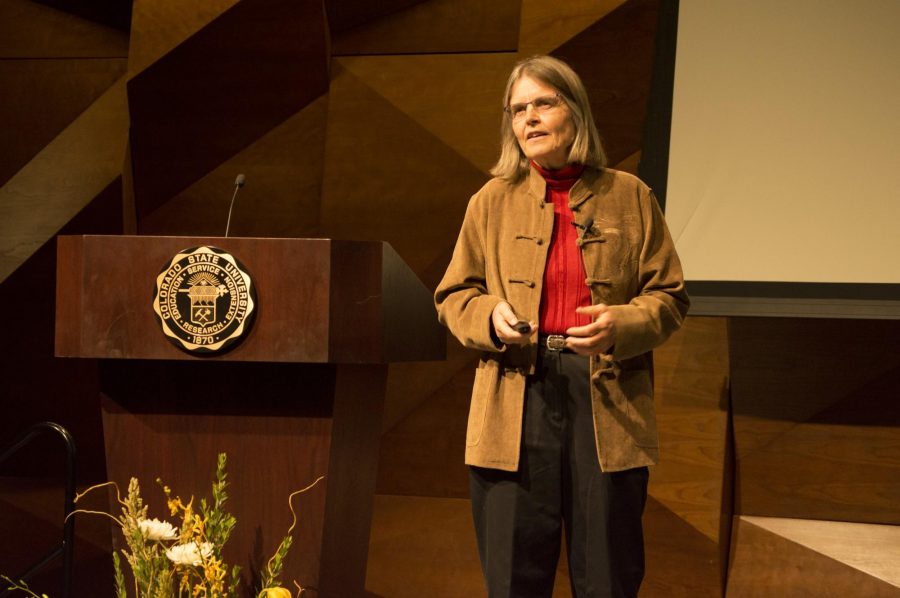 The lecture was about transforming the way science is approached by questioning conventional wisdom and including all voices to solve problems.

“I really think it’s of great value, in looking in the cracks between things, challenging the conventional wisdom and putting it in perspective,” Reid said. ” … Because when that happens, you open up a whole other way of looking at the world,” Reid said.

Reid stressed the importance of instead engaging land-owners, governments, businessman, locals, indigenous peoples and all other voices with the processes of research and the implementation of new science-related policies. This way everyone can discuss topics together and progress and change that benefits everyone involved can be achieved through the discoveries of science.

Reid said that doing this was difficult and complicated, but important and one shouldn’t embark on an ambition unless it’s complicated.

Reid talked about how it is important for students to develop communication, building and leadership skills, skills besides the technical ones.

“If you talk to people who are going to hire a graduate, that is what they talk about,” Reid said.

All of Reid’s classes at CSU are experience-based. Students participate in practical hands on work and go out into the world on field trips. They are exposed to making a difference through science by engaging in service learning as well.

Reid is the director of the Center for Collaborative Conservation, a professor in CSU’s Department of Ecosystem Science and Sustainability, and a senior researcher in CSU’s Resource Ecology Laboratory.

After getting her PhD in Rangeland Ecosystem Science at CSU in 1992, Reid lived and worked in Africa for more than 15 years before returning to CSU as a faculty member.

In the Maasailand in Kenya, she researched the interactions wildlife had with urban areas. Reid discussed how conventional wisdom dictates that wildlife conservation is most successful when people are not part of the picture but her experiences in Kenya proved the opposite to be true. She found that wildlife would flock to urban areas in the Maasailand at night and to the surrounding area because of the cut grass. The shorter grass allowed it easier for wildlife to digest nutrients and to see oncoming predators.

For the last 15 years, Reid has been leading an approach to science that brings voices from all areas of a community together. She began her work with what she called the familiar “loading dock model of science”. In this model, the research and knowledge gained through science is isolated from everyone except the scientists.

John Dauth, retired engineer and volunteer at the Osher program at CSU, said he was inspired by Reid’s speech.

“Her approach to research is so different and complex,” Dauth said.

Reid ended her speech by urging everyone to engage themselves somehow in the world.

“With all the issues that are coming down, all of the things that are appearing in our lives, we all need to get involved,” Reid said. “I would encourage everyone to get involved in things that really make a difference, whether it be in conservation or something else. We just can’t just sit back. We need all hands on deck.”