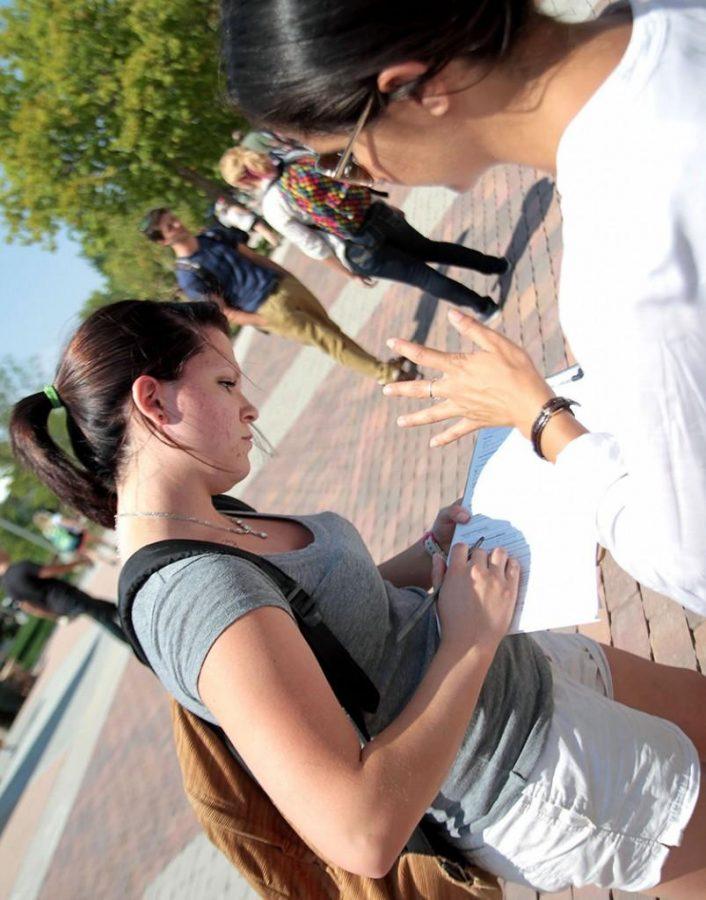 Update Sept. 6: The committee meeting for Resolution 4603 will be held in the ASCSU offices tomorrow at noon. The meeting will be open to the public.

A resolution to adopt an agreement between New Era Colorado, and the Associated Students of Colorado State University was sent to committee Thursday night, but was met with opposition from members of senate and members of the gallery.

New Era Colorado is a nonprofit and non-partisan voter registration group, and the resolution would allow ASCSU to work with the group to register students to vote.

But, some members of the ASCSU senate and members of the gallery accused the group of violated their tax exempt status by showing a partisanship towards the Democratic Party.

“I was approached by a member of New Era a couple of days ago, and when asked if I was registered to vote, I said ‘I was,’ and immediately afterwards I was campaign material for the Hillary Clinton campaign,” said Joel Crank, member of College Republicans at CSU.

Crank said that the individual was wearing a New Era button.

New Era Organizing Director Molly Fitzpatrick denied the allegations, saying that the button was most likely taken from their (New Era) tables during their registration drives.

“We get trained by the (Colorado) Secretary of State every single year to do voter registration. Part of our legal status is that we never ever tell anyone how to register or vote,” New Era Organizer Taylor Smith said.

Senator Juan Caro also said New Era has received over $300,000 in donations in exchange for campaigning in favor of liberal policies. The Collegian has yet to verify these sources.

According to the Officer of Governmental Affairs, Josh Williams, the goal of the resolution is to register and educate voters, as well as to encourage them to participate in the election process.

Resolution 4603 is a non-binding agreement between New Era Colorado and ASCSU, which stipulates that New Era Colorado will increase voter registration by providing a consistent base of volunteers, interns and staff to register students at all events.

In addition, New Era would process all voter registration forms, including students registered that day and handle the forms to the appropriate county clerks.

New Era is also prohibited from using ASCSU’s resources or offices other than for meetings with members of ASCSU.

The resolution has yet to undergo a second reading and has been sent to committee. The committee meeting for Resolution 4603 is open to the public, but date and location have yet to be announced.

Collegian Reporter Gabriel Go can be reached at news@collegian.com or on Twitter @rgabrielgo