I-25 to be expanded from Loveland to Fort Collins 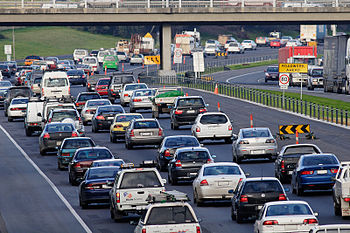 It’s an all too common scene on I-25 stretching from Loveland to Fort Collins during rush hour: The lanes are filled with commuters who face stop-and-go traffic for hours on end. However, local residents may soon see some relief on I-25, as the last portion of funding needed to begin expanding the road has been provided.

Last week, U.S. Senator Michael Bennet of Colorado announced that a $15 million dollar federal grant known as the TIGER grant will be given to Colorado to create an express toll lane on both sides of I-25 from Mulberry to U.S. Highway 34 in Loveland.

The need to expand the road hit an all-time high after a group of officials showed that the stifling traffic is costing local businesses $56 million dollars a year.

The project is estimated to be around $235 million dollars total, with funds coming from a variety of contributors, including CDOT, USDOT, and local Northern Colorado counties and cities.

The construction is expected to be completed in 2021, and includes road repair, bridge expansions and a Park-N-Ride near Loveland. The original plan projected completion by 2035, but funds were collected quicker than expected.

The expansion includes toll lanes that drivers must pay for, but the toll rates have not yet been determined. Most tolls around Colorado cost anywhere from $1 to $7 dollars per use. The money collected from the toll will be used to pay for road maintenance.

Collegian Reporter Adrian Felix can be reached at ctv@collegian.com or on Twitter @afelixmedia