Hillary Clinton emphasizes the economy at campaign stop in Denver 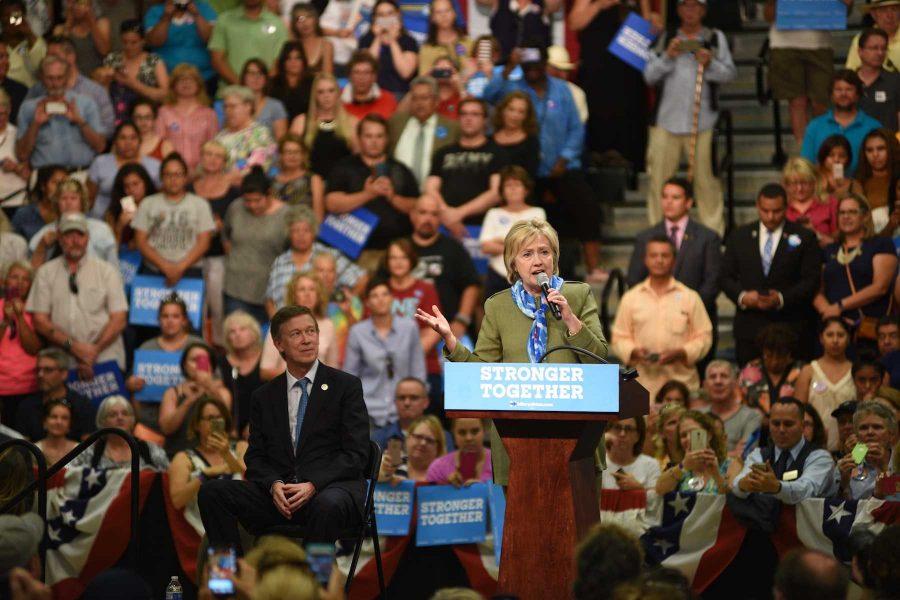 Commerce City, a northern suburb of Denver, is known for its industrial capacity and large Hispanic population. According to the Denver Post, about 47 percent of Commerce City residents are Hispanic.

Before Clinton spoke, she was introduced by Democratic Congressman Ed Perlmutter from Colorado’s 7th congressional district, and then by Colorado Governor John Hickenlooper. Hickenlooper also spoke before Clinton’s acceptance speech at the Democratic National Convention in July.

Clinton then took the stage and praised Hickenlooper’s economic efforts in Colorado. She continued to speak about the economy, beginning with an emphasis on small businesses, and attacked Donald Trump for allegedly not paying small business owners he hired for various projects.

“What kind of man does business by hurting other people?” Clinton asked. “I am just so determined that we are not going to let him do to America what he has done to so many other people.”

Clinton highlighted her own economic policy, which includes the largest infrastructure investment program since World War II. The program aims to make the United States a clean energy superpower, to ensure that all Americans have proper internet access, and to bring manufacturing jobs back to the United States from China.

Next, Clinton criticized Trump for making his products overseas, and highlighted how she visited the Denver-based Knotty Tie Company which manufactures neck ties and scarves right here in Colorado.

She also spoke about her plan to make university education debt-free and community college tuition-free. She stated that higher education should not be the only path to a good job, and mentioned her plans to raise the national minimum wage while ensuring that women are paid equally to men.

She then moved back to attacking Donald Trump, especially for the comments he has recently made about members of the military and their families.

“There is no doubt in my mind that Donald Trump is unqualified to be president and unfit to be commander-in-chief,” Clinton said. “This is not someone who understands the honor, the duty, of serving America.”

She began her concluding remarks by referencing her nomination acceptance speech at the DNC and stating, “I want to be the President for all Americans. Democrats, Republicans, and Independents.”

She also called for her supporters and Americans in general to hold her accountable: “I will get up every single day and work hard for you and fight for you. And I will fight to preserve our rights; whether they are civil rights, or human rights, or women’s rights, or gay rights, voters rights, or worker’s rights.”

Collegian Reporter Neall Denman can be reached at news@collegian.com or on Twitter at @NeallDenman.