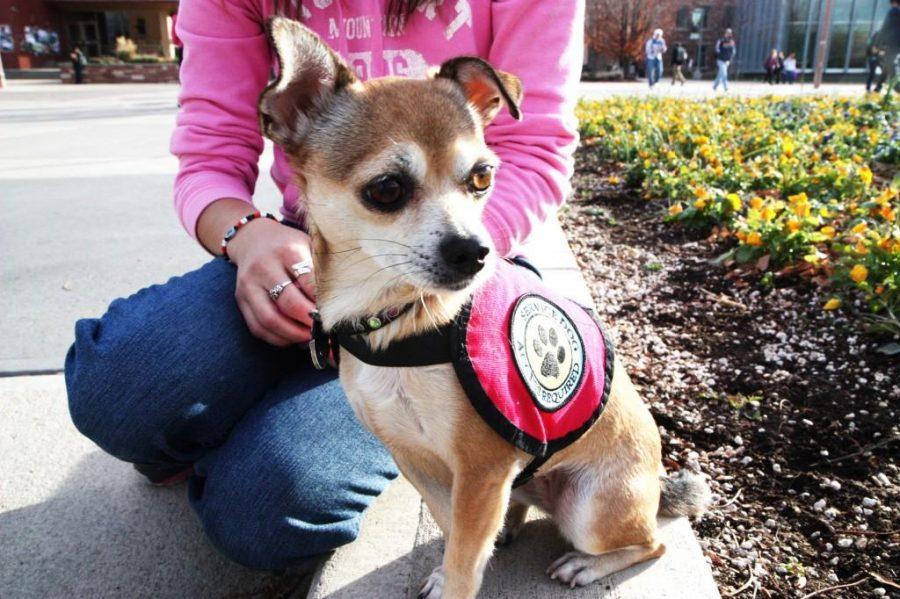 According to Rosemary Kreston, a representative of Resources for Disabled Students (RDS), there were no concrete changes to the policy, but rather some clarifications surrounding already implicated policies.

“There was already a policy concerning service animals, so it was tweaked to include emotional support animals as well as more definitive language on service dogs,” Kreston wrote in an e-mail to the Collegian. “An emotional support animal is simply part of a treatment plan for a person’s well-being emotionally, and a service dog is one that has been trained specifically to provide a service to an individual based on their disability.”

Redefining the service animal policies currently in place will make it easier for faculty and students to understand the restrictions emotional support animals have that service animals do not.

Much of the confusion resulting in the policy change was due to these differences in restrictions. According to Kreston, the main difference is that service animals are trained to perform in campus settings while emotional support animals are not trained.

“One problem has been the fact that so many animals are now on campus and some people are not aware of the difference between an emotional support animal and a service dog,” Kreston said. “They are not one and the same, and therefore are not awarded the same legal protection.”

Although the policies will be altered, the small clarifications will be a temporary fix.

According to Dell Rae Ciaravola, campus safety public relations coordinator, there will be more changes to the emotional support animal policies later in the semester.

The improved policies will be implemented within the fall semester.