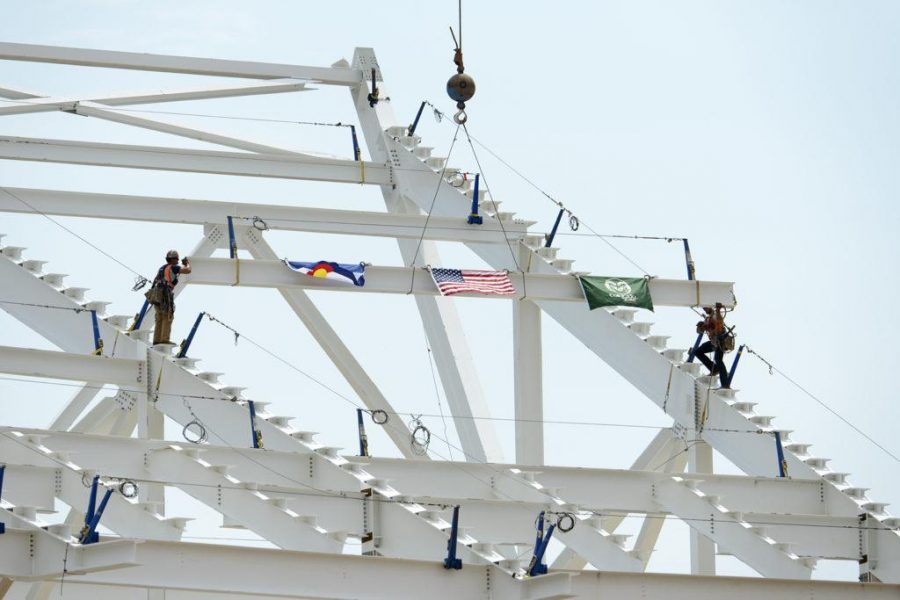 The final beam of the new on campus stadium was raised and placed , marking the halway point of construction on August 2nd, 2016 (Luke Walker/ Collegian).

Construction is concentrated during the summer months to avoid closures during the winter, according to the City of Fort Collins. Four major updates were made over the summer, and some projects continue into the fall semester.

Routine maintenance is being performed on sections of College Avenue. Over the summer, the city did an asphalt overlay on College Avenue from Drake Road until the Foothills Mall.

Over the next year, the city of Fort Collins will make major improvements to Prospect Road from Shields to I-25.

According to the City of Fort Collins, major construction to the road will be completed during the summer months in order to avoid closures during the winter.

Detours should end in August 2016.

The on-campus stadium reached its halfway point of construction on August 2. The $220 million project is expected to be completed in time for the 2017 football season.

As of August 2, construction partners have spent 410,000 hours on the project, according to the CSU Athletic Department.

The CSU Health and Medical Center reached its halfway point of construction on August 1, when the building crew placed the last steel beam. The new health center is anticipated to open during the summer of 2017.

The health center will provide full medical services for CSU students, including mental health. According to the CSU Health Network, more than half of all students use the health center and it is one of the most widely used services on campus.