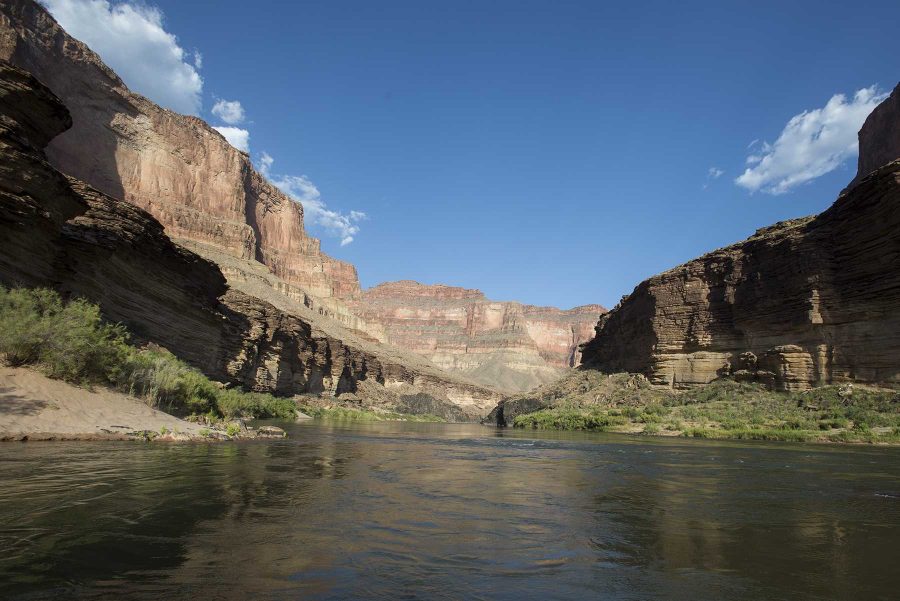 While many of us think of the Grand Canyon as a national icon, according to the White House, it is not yet a recognized national monument.

A nationwide effort by Environment Colorado is underway to protect the Grand Canyon from further degradation due to uranium mining, which the group claims has caused toxic spills that damage the water quality of the Colorado River.

“Uranium mining—which often requires vast open pits, spreads radioactive dust through the air, and leaks radioactivity and toxic chemicals into the environment—is among the riskiest industrial activities in the world,” Katie Otterbeck, a spokesperson for Environment Colorado, wrote in an e-mail to the Collegian. “Uranium mining has left a toxic trail across the West—including at the Grand Canyon itself; four streams in the national park suffer from some degree of uranium contamination after mining activity occurred in the area.”

The group seeks to petition President Obama to designate the Grand Canyon area as a national monument through powers granted by the Antiquities Act of 1906, which would grant the area the same protection as a national park. The major difference between the two is that a national park is created by Congress, while the acting president can sign an executive order bypassing congress to protect an area.

Such an action would not be unprecedented. On August 24, President Obama declared that more than 80,000 acres of the North Maine Woods were to become a national monument in celebration of the 100th anniversary of the National Parks Service.

“While the Greater Grand Canyon Heritage National Monument would permanently protect 1.7 million acres of critical land just outside of the park, it would currently only stop new uranium mines,” Otterbeck wrote. “At least one mine – the Canyon Mine – claims they would be allowed to continue operations just six miles from the South Rim.”

Emma Spett, a campaign organizer for grassroots campaign management non-profit We Are Impact, helped to spread the word of the group at a press conference Wednesday morning.

“The Colorado river watershed provides water downstream, but wastewater has already degraded the quality of the Grand Canyon,” Spett said. “It would be very easy for him (Obama) protect the Grand Canyon as well.”

Spett said that wastewater from uranium mines has killed wildlife, poisoned natural plants and caused a degradation of agriculture downstream.

Otterbeck wrote that despite the Grand Canyon being located two states away, Colorado has a vital role to play in protecting the national icon, calling it a “national treasure.”

“I bet thousands of Colorado families have made the road trip to the Grand Canyon, the same way many families go to the Rocky Mountains,” Otterbeck wrote. “We all want this special place to be protected for the next 100 years and beyond. We know that in order for President Obama to take this action, he needs to see broad support from across the nation, not just in Arizona, which is why we’re asking Coloradans to speak up.”

Collegian Editor in Chief Erik Petrovich can be reached at news@collegian.com