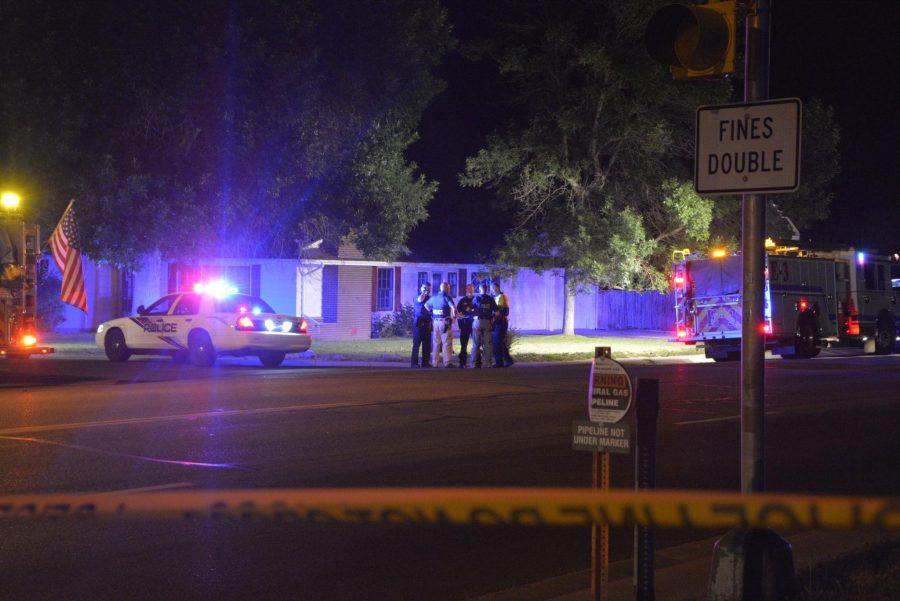 Police began investigating the crime scene after the victims were carried away to the Medical Center of the Rockies. (Erik Petrovich / Collegian)

Update, 12:56 a.m.: Police are now reporting that a vehicle was driving Westbound on Drake Road when it collided with a group of people, injuring three of them. Angela Fitzsimmons and Joseph Carter suffered serious but not life-threatening bodily injuries and were brought to the Medical Center of the Rockies, while the third pedestrian only received minor injuries.

A suspect vehicle was identified and located nearby the scene of the collision. Police have questioned the driver and the passenger of the vehicle, but charges against the suspects are still pending.

Original Story: Just after 9 p.m. Wednesday two people walking on Drake Road near Matthews Street were injured in a hit-and-run collision. Police found the victims unresponsive at the scene south of the CSU campus.

At first, police had three different descriptions for the vehicle involved in the collision, but at 10:28, a passenger of a vehicle involved wanted to turn themselves in to the authorities, according to police scanner chatter.

The two people injured in the collision were transported to the Medical Center of the Rockies in Loveland.

This article will be updated as more information about the incident is released. Follow the Collegian for updates to this story.