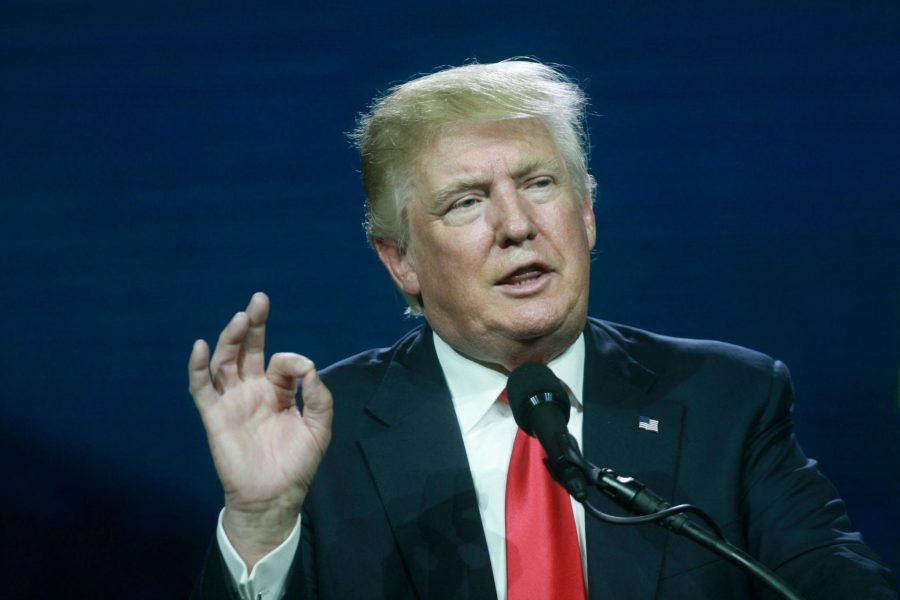 The summit, hosted in the Colorado Convention Center from July 1 to July 3, has been called the second largest gathering of conservatives in the United States outside of Washington D.C. About 3,600 seats were set in the Mile High ballroom, but more than half of the seats were empty.

Sarah Palin was introduced by Colorado State Senate Representative Clarice Navarro, who represents the state congress’ 47th district. Palin began her speech by saying how she loved Colorado, and how it reminds her of her home state, Alaska. Palin then endorsed El Paso county commissioner Darryl Glenn, naming him “Colorado’s next great senator.”

Glenn is running against Sen. Michael Bennet, D-CO, in the race for the incumbent Democrat’s seat. The commissioner was originally scheduled to introduce Palin to the summit, but was replaced by Navarro after not showing up.

“I am in awe of this man’s accomplishments, his willingness to serve on a new battleground,” Palin said. “We need Darryl’s military might and his ethos that America can be great.”

The former governor of Alaska called out anti-Trump republicans for creating drama, saying republicans are either “with us or against us.”

“This isn’t a game, there isn’t some drama to be played out on the convention stage,” Palin said. “They’re playing with dynamite. Those GOP-ers who insisted they wouldn’t vote for their party’s choice – I call them Republicans Against Trump, or RAT for short.”

She said that Trump was not considered a racist by the media until he starting running against democrats.

“Trump has been covered in the spotlight for decades, for years and years… the press knows that,” Palin said. “Trump was never called a racist until he decided to run against the Democrats.”

The Collegian was not able to verify this claim, and found multiple media accusations of racism before June 2015, including an article from Huffington Post that reported he was once sued by the Justice Department for not renting to Black/African-American people.

After Palin left the stage, GOP chairman of Republican Party, Colorado GOP chairman Steve House introduced Trump. House focused on the entrepreneurial spirit of Colorado, and argued that the country should look to hire and elect more entrepreneurs and successful business people to public office.

Trump took the stage after stopping briefly at the top of the stairs to wave to the crowd, and he almost immediately brought up the issue of the Colorado primaries once he stood at the podium.

No Republicans in the state except for delegates themselves could officially submit their vote for their preferred presidential nominee earlier this year, which led Ted Cruz to take nearly all delegates from the state, despite subsequently dropping from the race just over two months after the state primaries.

“Polls came out that I was going to win Colorado and doing really well in Colorado, and then all of a sudden I didn’t get delegates,” Trump said. “I started to learn that the system is rigged.”

Trump has been no stranger to controversy in his campaign, and now one year after declaring his candidacy he has not let up on his central campaign goals to build a wall across the U.S. and Mexico border and restrict members of the Islamic faith from entering the country.

Trump has been a proponent of profiling in order to stop terrorism, and said that the practice would be the only way to prevent future terrorist attacks.

“People have to turn people in, and if they don’t turn them in, we’re going to see so many of these things, like in Orlando–Disgraceful,” Trump said.

House said the country needs a leader who understands “entrepreneurship and innovation,” pointing to Colorado as a hub of business. House, along with 29 other Colorado delegates, announced their support for Trump after the Colorado primaries, which allowed delegates to vote however they liked at the Colorado convention.

“(Entrepreneurship) created private sector jobs and fought against the regulations that limit the success of inspired people,” House said. “You know what? We need a leader bold enough to let the world know that America is back. “

Collegian News Editor Seth Bodine and Executive Editor Erik Petrovich can be reached at news@collegian.com or on twitter at @EAPetrovich and @sbodine120