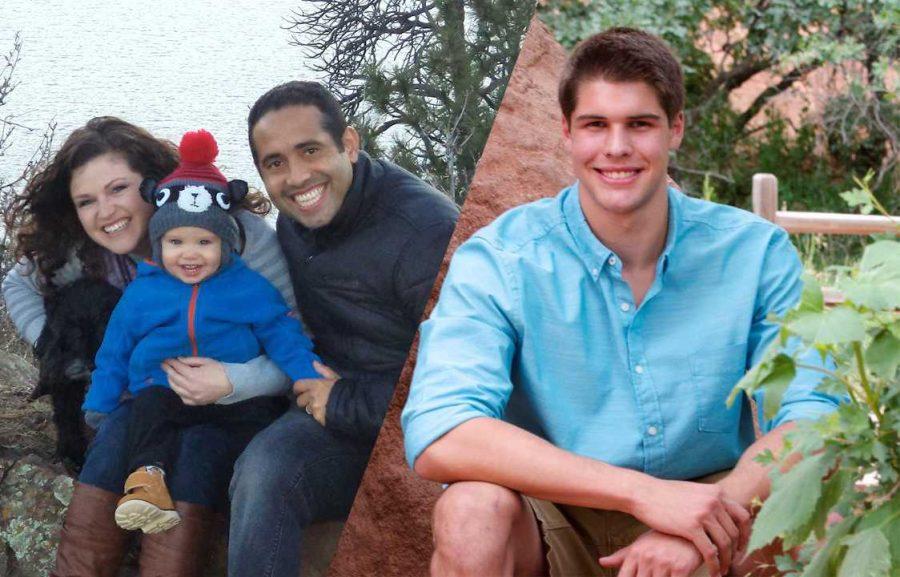 An immigrant from the Dominican Republic and the 18-year-old son of a former Congressional Chief of Staff are two of the dozens of delegates from Colorado who represented the state in the Democratic and Republican National Conventions this week.

Braulio Rojas, a Democratic delegate for Larimer County, graduated from CSU with a degree in economics, while Joel Crank, a Republican delegate for Colorado Springs, will be majoring in Business as a freshman in the fall.

Braulio Rojas first came to the United States in 2009 from the Dominican Republic. After becoming frustrated that he could have opinions but not act upon them as a non-citizen, Rojas became as involved as he could in the political process once he gained citizenship in 2013.

Although he has been in the U.S. for seven years, Rojas considers 2016 his first presidential election.

“When I came to CSU, my legal status was as an immigrant, so I didn’t have political rights. I could have an opinion, but I couldn’t vote,” Rojas said.

After a long caucus process, Rojas represented Colorado Congressional District 2 as a delegate for Sec. Hillary Clinton at the Democratic National Convention, casting one of 21 votes for the former secretary of state during roll call Tuesday night.

“People come from all over the world, they become American, and they are as American as anybody else,” said Rep. Jared Polis, D-CO. “When people like Braulio step up and get involved, we are doing democracy.”

“As an immigrant, I wanted to know how democracy worked in the United States, so I went to find out,” Rojas said about attending the caucuses. “It taught me that the process is open.”

Joel Crank, an 18-year-old incoming freshman at CSU, said he became interested in politics after his father, Jeff Crank, held many political jobs in Colorado Springs. Jeff Crank served as the chief of staff to Representative Joel Hefley, R-CO, from 1991 to 1998, and unsuccessfully ran to represent Colorado Congressional District 5 in 2006 and 2008.

“I don’t think he was all that enamored with it when I was doing it,” Jeff Crank said. “He told me about a person who told him, ‘My mom and dad don’t like your dad’. He said, ‘I don’t like them sometimes either!'”

Jeff Crank said he wouldn’t have wished a political career for his son, as it is a career where you “get your teeth kicked in, and get punched in the gut.” But like many high schoolers, Joel Crank didn’t listen to his dad’s advice, and became a delegate for Ted Cruz to the Republican National Convention from Colorado, despite being only 18 years old.

“It was an absolute honor,” Joel Crank said. “Being sent to Cleveland to represent the people has taught me, first and foremost, that representing the right way is not always the easy way.”

Colorado voted overwhelmingly in favor of Sen. Bernie Sanders and Sen. Ted Cruz, but neither candidate won the nomination from either party. This led to some conflict on both sides at the two conventions.

“It’s kind of hard being in a primary where your guy doesnt win,” Joel Crank said. “I think there was kind of a difference in opinions between the Colorado delegation and the other delegations, where a lot of people from Colorado were on the #NeverTrump team who wouldn’t ever vote for Donald Trump because of their morals and values.”

Joel Crank said he did not walk out with many members of his delegation after there was no roll call vote on the rules of the convention. When it came down to it, Joel Crank rallied behind Trump, as did the majority of the convention hall, but echoed Ted Cruz’ call to vote your conscience in November.

“This election is between two people, we have a two-party system,” Joel Crank said. “Either Hillary Clinton or Donald Trump will become the next president of the United States, and you need to choose a candidate who aligns closest with your political beliefs because nobody else is going to be elected.”

Braulio Rojas campaigned to become a delegate on the idea of unity, which was something of a hot topic at the Democratic National Convention. On the first day of the convention, many delegates for Sanders booed and heckled when speakers called Clinton the next president of the United States before the official nomination. On the second day, Sanders called for Clinton to be nominated by acclimation during Vermont’s allocation of delegate votes.

“Unity is a process. Of course there are people who are very passionate for Bernie Sanders. However, the primaries are over and the results are here – that’s the goal of democracy,” Rojas said. “Whoever gets more votes, that’s who wins. Democracy is the majority respecting the minority.”

In a lot of ways, Rojas and Crank represent changing attitudes and strategies in the Democratic and Republican parties. For the Democrats, inclusiveness and diversity have been focuses for expanding party membership. On the Republican side, there is a growing effort to get young people interested in the party and in the values it represents.

“I think the Democratic Party represents the future of the country in terms of demographics, support for LGBT equality or for the growing percentage of Americans who have Hispanic heritage, Asian heritage or African-American heritage,” Polis said. “When you look at our convention, it really looks like America. When you look at the Republican convention, it looks like a bunch of angry white people.”

Unity is a prevailing concept in the Democratic Party, and one that Rojas said means telling people that, no matter their sexual preferences, gender or the color of their skin, they are just as important as the rest of the population.

Bob Morain, chairman of the Larimer County Republican Party, said the Republican Party is getting more people involved at younger ages through groups such as the College Republicans and by hiring high school and college students as interns.

One of the barriers to joining the Republican Party for many young people is the perception that the party’s values do not line up with theirs. According to Morain, this is the fault of people outside the party trying to change the narrative.

“We are always looking to bring younger members into the party,” Morain said. “Our values are our values, they’ve been pretty constant for a long time, and we recognize that young people inherently have these values when they are approached properly.”