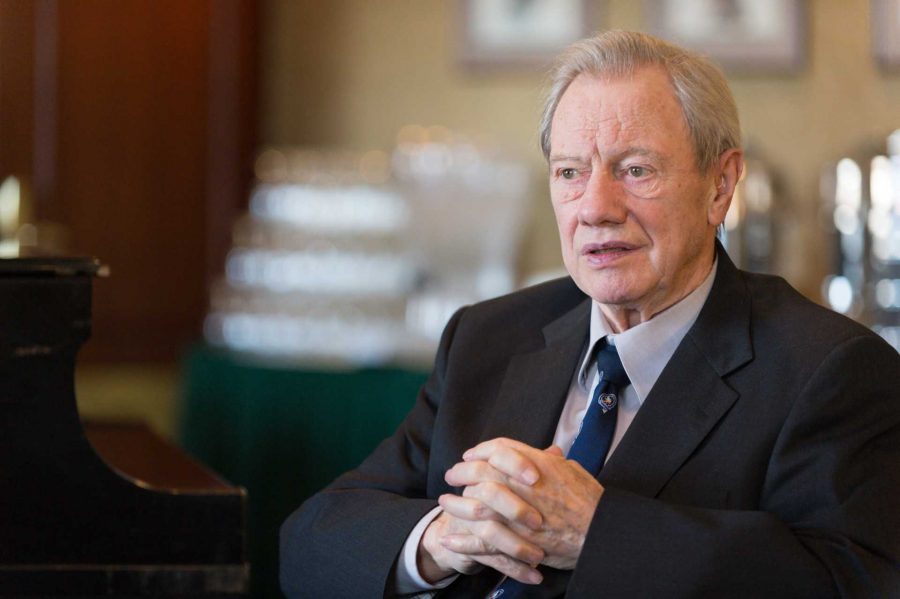 Sutherland was a dean of Agriculture and Food Science at American University in Beirut when he was taken hostage in 1985 by Lebanese militants and held for over six years. Sutherland and his wife were welcomed back to Fort Collins once he was freed in 1991.

“One of the greatest moments in the history of Colorado State University was the afternoon in 1991 when we welcomed our friend and colleague Tom Sutherland home from his long captivity in Beirut,” wrote CSU president Tony Frank in an e-mail. “His spirit and optimism inspired the world, and the deep devotion of his family during the bleak years he was a hostage taught us a profound lesson of courage, faith and hope.”

In 2014, Sutherland and his wife were honored with the CSU Founder’s Day Medal for service to CSU and worldwide higher education.

Frank called Sutherland “a true hero” and someone who, “believed that an understanding of agricultural science could bring relief to people and communities in hunger – and that education could be a force for good and light in our world that would transcend borders and differences among nations.”

Collegian News Editor Seth Bodine can be reached at news@collegian.com or on Twitter @sbodine120.