The Rocky Mountain Collegian • May 7, 2016 • https://collegian.com/articles/news/2016/05/students-participate-in-b-a-r-e-run-despite-university-cautions/ 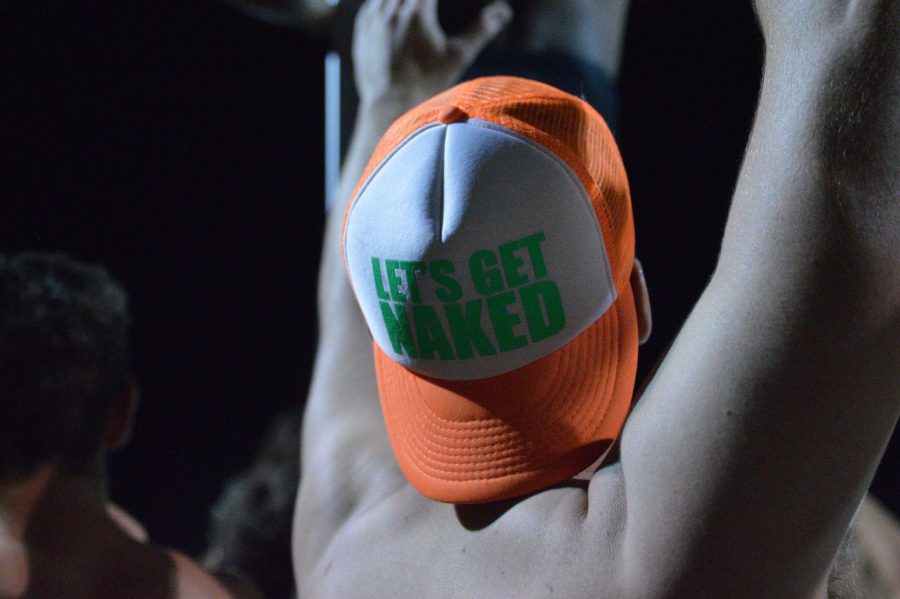 Hours after students finished their final classes of the spring semester, shrieks and yells could be heard from all over the Colorado State University campus as a crowd of roughly over a thousand students gathered outside the Student Rec Center to participate in the traditional end-of-spring-classes event known as the B.A.R.E. Run, previously the Undie Run.

The run occurred despite an e-mail sent out by the University Public Safety Team to students May 3 that discouraged participation, on the grounds that its original function as a clothing drive had become ineffective, as well as concerns about safety, property destruction and costs of extra law enforcement.

CSU public relations specialist Mike Hooker said that as of 10 p.m. Friday, CSUPD had received no reports of serious incidents.

“Students took to heart the university’s concern and message,” Hooker wrote in an e-mail to the Collegian. “We commend those who acted respectfully toward their own and others’ safety, and our campus community. However, tonight’s run does not erase the university’s safety and cost concerns. Our priority remains the safety of our community.”

CSUPD and the Fort Collins Police collaborated to patrol the event, which has a reputation of being wild.

Some property damage was reported around the University, including a sign at the Plaza entrance south of the Lory Student Center, which was knocked out of the ground. As students ran, many could be seen hitting various signs throughout campus as they passed.

“I wouldn’t want someone to fall and cut themselves on the sign, but there was such a mob I couldn’t go get it,” said Donnyale Ambrosine, who works in the LSC and volunteered to help supervise the run. “And I’ve seen them break some other property.”

Ambrosine said it was “to be expected” that students still participated in the run despite University cautions.

“I hope nobody gets hurt,” she said.

In general, students reported that they were fans of the B.A.R.E. Run, and some said they were already planning to participate again next year.

“It was so exhilarating, it feels fantastic,” said a female source, who wished to be identified as N. Roberts.

Another student who did not wish to be identified said, “It is a good way to calm down and alleviate stress before finals week.”

Some students noted that the crowd was smaller than previous years, as well as characterized by an unbalanced gender ratio.

“There was just way too many guys, not enough girls. I wasn’t a big fan of the environment,” said Nate Walker, a junior business administration major. “I think the e-mail really did deter people from coming. It’s unfortunate, because this is one of my favorite traditions.”

Students reported that they did not feel that the run was unsafe.

“It looks like no one is being stupid or out of control, so I don’t see why they needed so many police, to try to scare them off,” a bystander who identified himself as Demetrius said. “I just think this is a fun way to blow off steam before finals.”

Ethan Baker, a senior agricultural and resource economics major and four-time B.A.R.E. Run participant, said he really enjoyed the run this year, but missed the better organization of the event from previous years.

“I loved getting the police escort down Laurel Street,” Baker said.

Junior health and exercise science major Morgan Kothlow agreed that the run could have benefited from better organization.

“It’s a bummer it is not sponsored or organized,” Kothlow said. Both Baker and Kothlow expressed that they wished the run still was a way for students to donate clothes to charity.

The run culminated in the mob gathering on and around the Rec Center volleyball courts, where students proceeded to climb the volleyball net poles and flash others. Cheers such as “F*** CU” and “I’m proud to be a CSU Ram,” were yelled by the crowd, and blow-up pool toys and a sex doll were held above the crowd’s heads.

“When I got the email, I kind of saw it as a challenge,” said Cole, a student who ran. “I’ll take any opportunity to run around in my underwear, and if it’s unsanctioned, I’m still going to do it.”