The Rocky Mountain Collegian • May 6, 2016 • https://collegian.com/articles/news/2016/05/board-of-governors-shared-governance-approve-underpass-for-center-avenue-on-campus-stadium/ 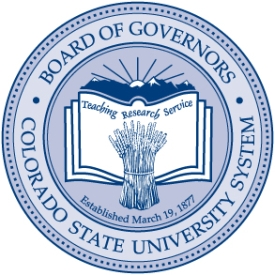 During the the CSU Board of Governors meeting this week, the Board approved an underpass for Center Avenue, received reports from student and faculty representatives, and was updated on several different campus initiatives.

The meeting was scheduled to begin with public comments, however, no speakers were present to address the board.

Jason Sydoriak, president of Associated Students of Colorado State, spoke about concerns he had regarding the concept of shared governance. Sydoriak said he is frustrated with what he calls “a connotation that students are not key stakeholders” in issues concerning the campus.

“In my whole entire life, I’ve never been in such an unsupported position,” Sydoriak said.

The ASCSU president spoke to the failure of changing U+2 policy, a city housing ordinance that limits occupancy to three unrelated adults, and the significant backlash he received about course evaluation reform. He said that when he brought issues forward they were thrown out by the administration. Sydoriak said that when he reached out for help concerning U+2 reform, his e-mails were not returned.

As Sydoriak passes the torch to next year’s ASCSU president, Daniela Pinedá, he asked the Board to recognize the voice of student representation to maximize data they should get as much input as they can.

The board briefly reviewed updates on the construction of the on-campus stadium.

All of the stadium’s premium seating had been sold, 2,100 bricks have been sold and $53 million in donations have been raised. This dismisses the notion that the stadium cannot be afforded, according to Board of Governor’s discussion. No decision has been made to sell Hughes Stadium at this time. Two groups are advising CSU on the decision, Gold Crown Management and Urban Land Institute.

The Board unanimously passed a motion to approve an underpass for Center Avenue during the real estate and facilities session. President Tony Frank called this street a five-day-a-week safety concern.

During the academics and student affairs session, CSU Health Network Executive Director Anne Hudgens presented the campus initiative YOU@CSU. Hudgens spoke about the history and development of the Health Network’s mental health tool, as well as its success since launched in February.

“Five-hundred students used the portal last week, (which) our counseling staff would have not been able to attend to,” Hudgens said.

Rick Miranda, provost and executive vice president, presented the CSU system strategic plan update. He emphasized that the major issue in hiring faculty is the cost of living in Fort Collins which has gone up significantly in recent years. For Miranda, balancing compensation with the increasing cost of living needs to be looked at for the University to have competitive salaries.

In regards to retaining strategies, Miranda mentioned a spirit of being proactive. Miranda also mentioned a need to create more leadership positions for faculty.

“We have a philosophy about being proactive, rather than reactive,” Miranda said.