Windell: In honor of Earth Day, stop feeding the squirrels on campus 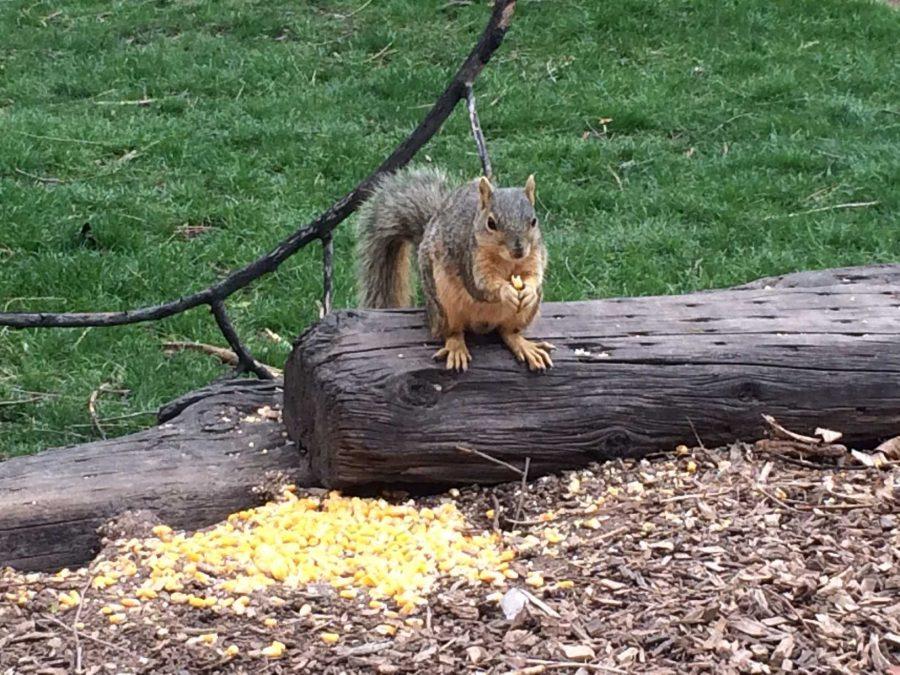 On this year’s Earth Day, let’s talk about squirrels — specifically the squirrels on CSU’s campus. It’s no secret the CSU squirrels claim some kind of fame on campus—the animals have their own Twitter account and if you ever need a conversation starter, I’m sure that mentioning the CSU squirrels will fill any lull in conversation.

The squirrels have almost become a type of “pet” on campus, and that’s not always a good thing. Have you ever noticed the amount of squirrels that might qualify as overweight? Have you noticed how squirrels will walk right up to you, with no hesitation at all? I’m not kidding. I saw a squirrel sitting on a student’s lap in the middle of the plaza while he fed it a piece of candy right from his hand.

As a campus, we have started to create a culture where it is okay to feed the squirrels but as we have all heard from a very young age, we are not supposed to feed wildlife—and squirrels are still considered a part of that wildlife even though campus may not seem like typical “outdoors.” Human and wildlife interaction is an important topic here on CSU’s campus, and the interactions we have with squirrels shouldn’t be overlooked.

The Echo Film is an independent film project focused on improving human-wildlife interactions in Colorado, founded by two Warner College students here at Colorado State University. The Echo Film produces short informational videos about animals native to Colorado to educate the public on common misconceptions of animals and the ecological importance of maintaining a healthy and safe relationship with animals. The Echo Film has focused on wolves and bats, and recently has taken an interest in the Colorado State squirrels.

If you take a close look around many of the bases of trees near the Clark building, you will notice corn distributed where the CSU squirrels have started to used as a food source. Corn is an unnatural food in squirrels’ diets and has poor nutritional content.

“Squirrels tend to eat a lot of food when it is available, kinda like gorging, but since these corn sites are being consistently refilled the campus squirrels are building up a lot of fat,” says Matthew Juneau, Director of Development and Outreach for The Echo.

The corn sites, in addition to people on campus feeding squirrels food unnatural to their diets, human given food is becoming a larger percent of their food intake– and this is where the importance of healthy human wildlife interactions comes in.

As humans, we have a responsibility to take care of our environment and that includes animals that we directly interact with. Creating and practicing positive wildlife interactions is especially important on campus, because then that practice can extend into places beyond Fort Collins. Squirrels, in particular are wild animals but are living in areas dominated by humans, and it is important to create an environment that is as close to their natural habitat as possible.

As students, faculty, and staff we can learn and practice positive wildlife interactions by being conscious of the ways our actions can affect our furry friends living around us. Let’s show our appreciation for wildlife by taking care of them. Don’t feed the squirrels unhealthy foods– this includes corn, pop-tarts, candy or anything your mom packed in your lunch box. While people may think it is “cool” to have a squirrel sit on your lap, let’s remember that the best appreciation for animals is through maintaining your distance.

“If we want to show an appreciation for the squirrels, I think we just give them distance. You can get a great appreciation for wildlife [squirrels] by watching from a distance or bringing a pair of binoculars as “corny” as that sounds,” Juneau said.

Collegian Columnist Bridgette Windell can be reached at letters@collegian.com.