Temple Grandin inducted into the American Academy of Arts and Sciences 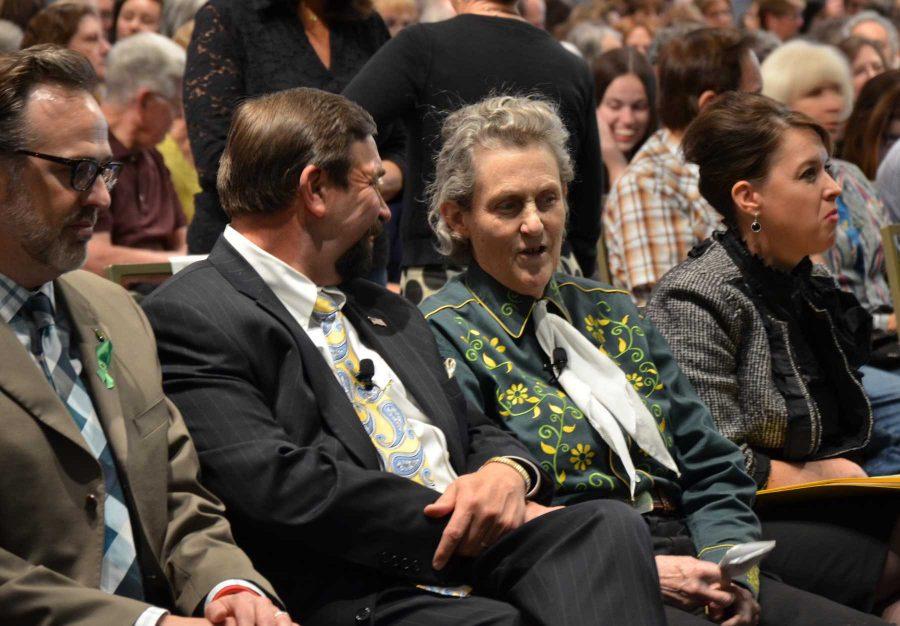 Colorado State University professor of animal sciences Temple Grandin joined the American Academy of Arts and Sciences Wednesday along with 213 other new members.

Grandin is internationally recognized as a leader in animal handling innovations and autism advocacy, according to a SOURCE article.

The Academy has 4,600 Fellows and 600 Foreign Honorary Members, including many accomplished scholars from all over the world, according to SOURCE.

An advocate for autism awareness, earned a doctorate degree, Grandin wrote a New York Times bestselling novel called “Animals in Translation” and was a consultant for the HBO film about her life stor, “Temple Grandin.”

Grandin said her approach to animal welfare is based in her own experiences with autism, according to SOURCE.

“Temple Grandin is a one-in-a-billion mind, and to include her as an autistic person in this group of esteemed scholars is an honor to her and to human potential,” CSU President Tony Frank said in the SOURCE article. “We’re proud to include her unique and insightful mind among our faculty ranks.”

Grandin was recognized as one of CSU’s best teachers at Monday’s Best Teacher Awards dinner.

On April 26, Grandin will be at the Barnes and Noble on College Ave. at 7 p.m. to talk about her book, “The Loving Push,” which she co-wrote with child psychologist Debra Moore. This is the first parenting book Grandin has written, and she will be available Tuesday April 26 to answer questions and sign books. Wristbands will be available the day of the event to reserve a seat, but there is no purchase required to attend.

Grandin is the third CSU faculty member to join the Academy. Biologist Diana Wall was inducted in 2014 and Marshall Fixman was the first to be inducted in 1970. CSU alum of the College of Liberal Arts and Pulitzer Prize-winning poet Yusef Komunyakaa also joined the American Academy of Arts and Sciences in 2016.