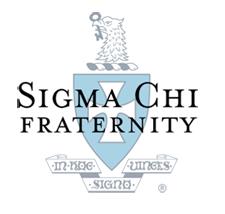 The Colorado State University Beta Tau chapter of the Sigma Chi fraternity faces an investigation by Conflict Resolution and Student Conduct Services for allegations of misconduct and violations of the Student Conduct Code.

According to Director of CSU Public Relations Mike Hooker, the investigation is expected to be complete in about three weeks, and the organization and the individuals involved could face disciplinary action following this investigation.

If the CSU Conflict Resolution and Student Conduct Services’ discipline process for organizations warrants a hearing, the case may be referred to the All University Hearing Board, depending on the severity of the case or the student organization’s conduct history.

Due to the ongoing nature of this investigation, CSU officials are unable to comment further, Hooker said.

According to the CSU Conflict Resolution and Student Conduct Services’ discipline record, the last time Sigma Chi was cited for an infraction of the Student Conduct Code was in October 2012 due to an alcohol violation and aiding and abetting, for which they received a penalty of general disciplinary probation, which does not result in loss of good standing with the University. The organization completed its discretionary sanctions in May 2013.

Sigma Chi CSU Chapter Consul Troy Witt, a junior communications major, was unreachable for comment at the time of publication.

According to the fraternity’s website, Sigma Chi is one of the largest and oldest fraternities in the United States, dating back to 1855 at Miami University in Ohio. As of 2012, it had 239 undergraduate chapters and 132 alumni chapters across the country.