Rams Remember Rams honors those who passed this academic year 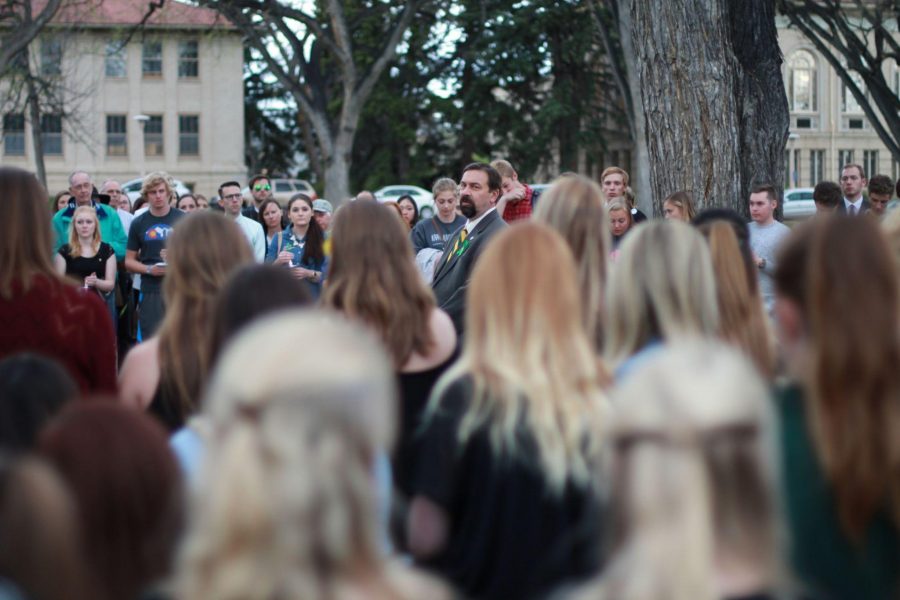 CSU President, Tony Frank, addresses the community in the center of the Oval.

Under dark skies promising rain, a crowd of over one hundred students, faculty, staff and supporters gathered April 25 on the steps of the Administration Building to honor members of the Colorado State University community who have passed away during this academic year.

The event, titled Rams Remember Rams, honored 86 CSU students, staff, faculty and retired employees who have passed away during this academic year. Their names are listed below:

This is the second annual campus remembrance event, which takes place during each spring semester.

“Every year, CSU loses treasured members of its community. We believe there is a need to come together to remember them, honor them, and acknowledge what they meant to this institution and to their friends and colleagues within the campus community,” CSU public relations officer Dell Rae Ciaravola wrote.

Many students in attendance were members of Fraternity and Sorority Life, coming to provide support and condolences to members of the Kappa Kappa Gamma sorority, who recently lost a sister, sophomore biological science major Catie Abeyta.

“I’m a member of the FSL community and though I didn’t know her, when one of your own leaves this community, it really affects us all,” said Rachel, who preferred to give only her first name. “She contributed a lot to her philanthropy and her chapter as well as this school. Kappa Kappa Gamma, we as a community are here for you and here to support you … FSL and CSU will be here for you.”

Anne Hudgens, executive director of the CSU Health Network, said she came to the ceremony to remember two former colleagues who passed.