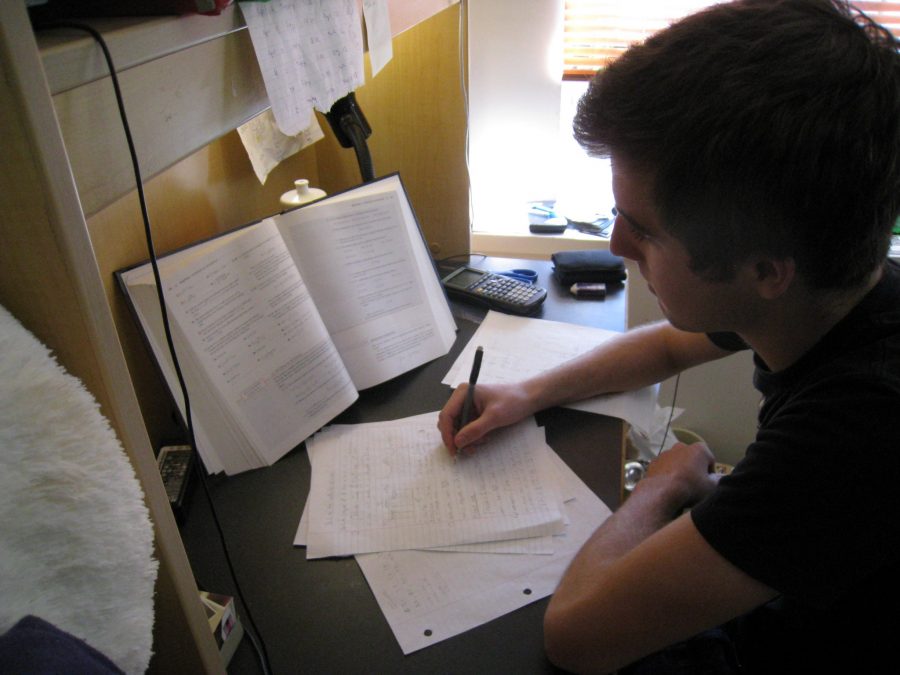 Faculty council passed a resolution Tuesday to amend the General Catalog’s Scholastic Standards regarding the current academic probation policy for first-year students with a grade point average below 1.0, as well as the policy regarding their potential return to the University if they choose to withdraw.

The new “Fresh Start” policy will target first-year students who earned a GPA of 1.0 or lower during their first semester of freshman year because, according to the proposal, six years of data shows that 4 percent of students in this category graduated.

The implementation of the policy in fall 2017 is intended to incentivize these students to withdraw from the University after their first semester and return at a later date to restart their education. If a student decides to return and is accepted to the Fresh Start program, their first semester will not be calculated toward their cumulative GPA for graduation.

The current Fresh Start policy requires students take two years off until reapplying, but this policy will make an exception for students who withdraw after their first semester, by allowing students to reapply after at least a full semester off.

To be accepted to the Fresh Start program after withdrawing, students will have to complete a returning student application that includes “evidence of maturity,” such as holding a job, performing volunteer service or having academic success at another institution.

Prior to considering incentivizing students to withdraw for a semester, the Student Affairs office attempted rigorous outreach to students who fell into this category. According to Paul Thayer, the associate vice president for student success, nothing was working.

“The conversation was really, ‘How can we help them do better?'” Thayer said. “Over a period of time, we became convinced that even our best efforts weren’t able to do that. They were accumulated large amounts of debt, and it really wasn’t serving students well. So we began to think, ‘What would serve students the best?'”

The proposal would also change the current academic probation policy for first-year students. Instead of continuing on academic probation for two semesters, typically the second semester of freshman year and first semester of sophomore year, students would be dismissed at the end of their freshman year. They would only be allowed to continue to sophomore year if at least a 2.0 GPA was achieved during their second semester.

According to Thayer and Associate Provost for Educational Attainment Alan Lamborn, the rationale behind changing the probation policy is to protect students from financial strain and from damaging their GPA further.

“Basically, by the time they had two or three semesters of academic performance like this (below a 1.0 GPA), the hole these individuals were digging was so big that they were really having their opportunity to complete a college degree essentially foreclosed,” Lamborn said. “And they were going very deeply into debt.”

However, on average, only one of these students graduated each year, according to research over a 10-year period.

According to the policy proposal, these students are a “distinctive category … of individuals, whose application materials indicate they have the potential to succeed at CSU but have had a first-semester experience that suggests they are not yet ready to successfully complete university-level work.”

Lamborn and Thayer said implementation of the policy has not yet been solidified, but many key stakeholders across campus, such as Residence Life, Athletics, the Registrar’s Office, the Financial Aid Office and Admissions, have been supportive of the change. The proposal states that residence hall fees for breaking contract would be waived for students who opted for the “Fresh start” policy after their first semester.

“When people across campus began to think about the stakes for these kids, it was really about asking, ‘How do we get this to work?'” Lamborn said. “We thought about the financial impact of one or two more semesters on families that have limited income.”

If all of the first-year students with below-1.0 GPAs chose to withdraw after the first semester, the estimated loss of revenue is about $550,000, according to CSU Institutional Research.

“Even if those losses in revenue are not fully recouped, it would seem unconscionable not to advise these students to stop-out to reassess and then restart their university education given the … low likelihood that (they) will succeed,” the proposal to faculty council stated.

Lamborn and Thayer said they have received very little push-back from the University regarding the potential loss so far.

“Maybe some of (the revenue) will come back if students return to the University, but we don’t know what the rate of return is going to be,” Thayer said. “In the end, if we really believe in the best for students, then it is important to forgo that income in favor of helping students to leave and address their situation.”