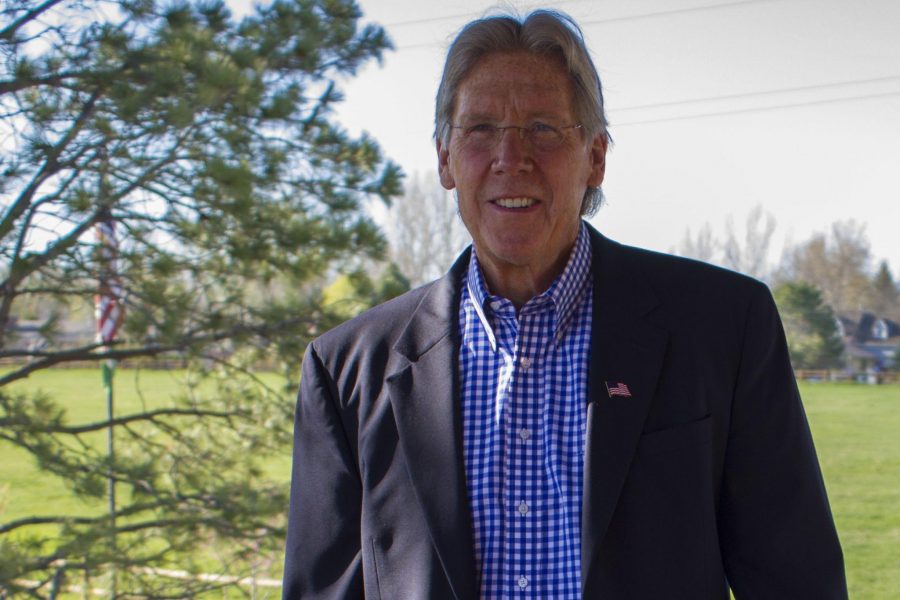 Colorado State University is not the last stop for former athletic director Jack Graham as he sets his sights on being elected into the United States Senate.

The decision to run for the US Senate came after multiple people approached Graham. After months of research and immersion in American politics Graham, along with the support of his wife Ginger, said he decided to join the political race.

“I was approached to run in late 2014, and I told the people I would give it some consideration,” Graham said. “I’ve always been a student of what’s going on by staying current, reading newspapers and listening to news. It was clear to me that there were a number of driving issues in the United States that we really desperately needed to address.”

Graham, a CSU alumnus and former quarterback, was CSU’s athletic director from 2011-2014. He is the first Republican candidate on the primary election ballot for the US Senate after submitting a petition with a total of 22,786 signatures to the Colorado Secretary of State for approval.

“Its an important first step because now we’re in the game,” Graham said. “We were the last ones to enter the race and we were the first ones to get the petition process completed, and that’s a reflection of having a really great team.”

Graham has experience in not only athletics, but also business. He worked in the business field for 35 years, and then created his own company, International Catastrophe Insurance Managers (ICAT), which helps small businesses in times of catastrophe.

“I was in business for 35 years, and I’m not in a position to be obligated to anyone other than the people of Colorado,” Graham said. “I’m going back to Washington (D.C.), if I do succeed at this venture, to be what I call a citizen servant or citizen legislature, which is what our Founding Fathers had in mind when they wrote the Constitution.”

He said he is self-credited with helping student athletes improve their character to become all around better people and athletes. Graham hopes to improve the character of the government, in terms of politicians constantly fighting one another if elected, as he did at CSU.

“Culture is just another word for behavior,” Graham said. “There’s a desperate need for change in culture. That (unrest between politicians), from my perspective, is the core issue of the United States of the America today.”

Personal accountability along with student driven issues, such as student debt, are some of the main things Graham hopes to focus on if elected to the US Senate. He also believes the economic problems of the US should not be burdened on to future generations of American people.

“The overall economic health of our country is important to students today because they are inheriting the problems,” Graham said. “I think student debt is a really important subject and there are some creative things we can do to assist student debt and keep higher education affordable. I am a massive believer in higher education, which is what drove me to become the athletic director at Colorado State.”

He, unlike many registered Republicans, takes a different stand of various social issues prevalent on college campuses, including a woman’s right to choose if she wants to get an abortion and gay marriage.

“I think that America is the place for individual freedoms and liberties that all of us have the God given right to live our lives as we sit fit, and the government should be involved in as little as possible,” Graham said. “I believe that a woman should have the right to choose, and I feel exactly the same way about gay marriage, which I think distinguishes me from a lot of Republicans.”

As for CSU, Graham thinks nothing but the best of the university he spent his college and some of his professional career at.

“I thoroughly enjoyed being at Colorado State University and I’m proud of everything that’s going on,” Graham said. “I think it’s one of the best universities in the country.”