Faculty Council to review proposal for freshman struggling with GPA 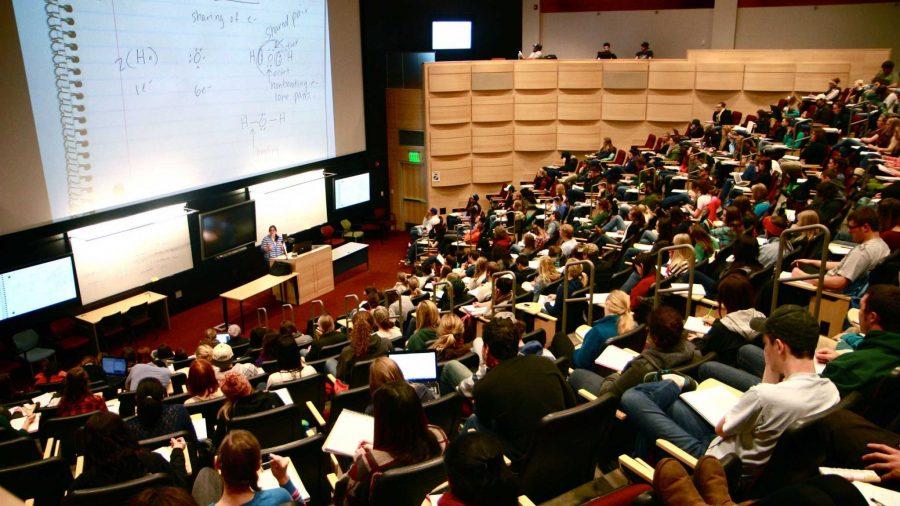 A proposal targeted towards the academic success of first semester freshmen is being proposed to faculty council next Tuesday. The proposal would revise the current probation policy for freshman students in their first semester with a grade point average below 1.00, and would offer such students an option to apply for a “fresh start” after taking a regular semester off.

The current “fresh start” policy does not allow students to return to the University for two years, and in order to be admitted to the “fresh start” program, they must either hold a job, perform volunteer service, or take 15 credits at another institution during that time.

Similarly, the policy being proposed would require students to do the same, but they would be allowed to apply for the following regular semester.

“We wanted to make it their choice, as part of the maturation process, but we have to incentivize the choice,” Associate Provost for Educational Attainment Alan Lamborn said. “So, the policy is written to give people an incentive at the end of the first term to stop and figure out what’s wrong. Because they had the credentials to be admitted, they could come back as soon as the next fall.”

According to Associate Vice President for Student Success Paul Thayer and Lamborn, the proposal was targeted at first year students because research suggests they have very little chance of graduation after earning a grade point average of below 1.00 during the first semester. Of the students who earned a GPA below 1.00 their first semester, about 4 percent graduated.

The proposal would also change the current academic probation policy for first-year students. Instead of being put on academic probation for two semesters, typically the second semester of freshman year and first semester of sophomore year, students would be dismissed at the end of their freshman year. Students would only be allowed to continue to sophomore year if they earned at least a 2.00 GPA or better during their second semester.

“Basically, by the time they had two or three semesters of academic performance like this (below 1.00 GPA), the hole these individuals were digging was so big that they were really having their opportunity to complete a college degree essentially foreclosed,” Lamborn said. “And, they were going very deeply into debt.”

Over a 10-year period, only about 10 of the students in this academic group graduated, according to the research done for the proposal.

“We had to switch the conversation,” Lamborn said. “We need to make sure that we have a policy to protect these students and their families from going deeply into debt in ways that limited their future choices.”

The policy will be presented to faculty council on April 5. If passed, it would be implemented for the fall of 2017.

According to Lamborn and Thayer, the proposal has received initial positive feedback from many different areas on campus. Student affairs has discussed the policy with residence life, athletics, the registrar’s office, the financial aid office, admissions and other key stakeholders. The proposal states that students who opted for the “fresh start” policy after their first semester would have residence hall fees waived for breaking their contract.

“When people across campus began to think about the stakes for these kids, it was really about asking, ‘How do we get this to work?'” Lamborn said. “We thought about the financial impact of one or two more semesters on families that have limited income.”

The estimated loss of revenue is about $550,000 if none of the students below 1.00 GPA chose to return after the implementation of the policy, according to the wording of the proposal. However, Lamborn and Thayer said they have received very little push back from the University regarding the potential loss.

“Maybe some of (the revenue) will come back if students return to the university, but we don’t know what the rate of return is going to be,” Thayer said. “In the end, if we really believe in the best for students, then it is important to forgo that income in favor of helping students to leave and address their situation.”

Collegian reporter Erin Douglas can be reached at news@collegian.com or on twitter at @erinmdouglas23.