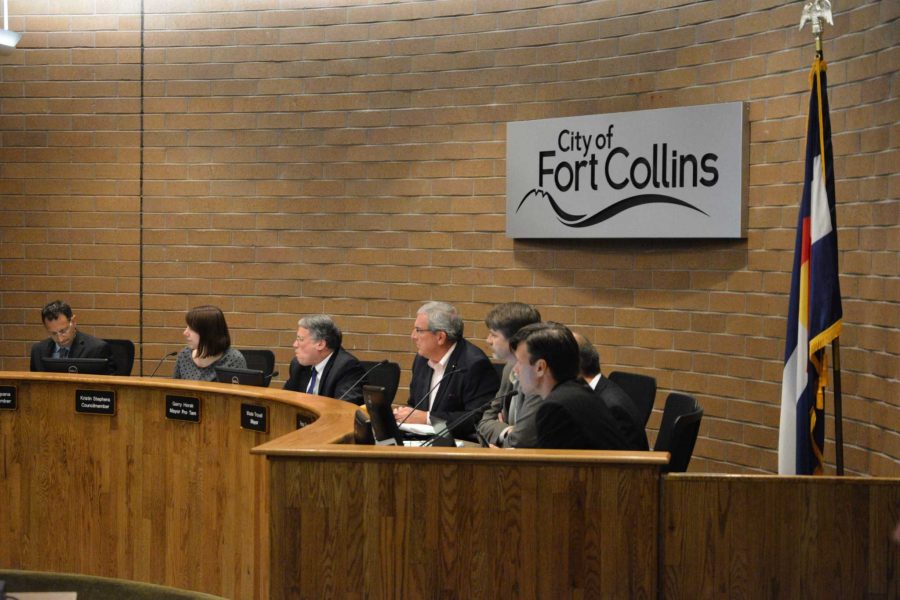 Fort Collins City Council passed an ordinance Tuesday that allows funds to be directed towards four projects associated with the city’s Climate Action Plan that had been identified for immediate action and investment.

According to the City, investing in these initiatives will have a bottom line impact of $475,993 in 2016.  The costs detailed below will be divided nearly equally between the City’s General Fund and its Light and Power Fund.

$185k to add three positions to support the CAP: a Program Manager, a Sustainability Services Financial Analyst and a Smart Grid and Systems Operation Manager, positions which the proposal describes as “critical to the success” of the CAP’s goals

$190k for the Climate Action Plan Innovation/Pilot Projects Fund, which aims to foster innovative approaches to objectives outlined in the City’s CAP goals and to lower barriers to funding important projects not accounted for in a department’s annual budget

“This is really similar to the purchase of a new car,” Ex said. “Most of us take into account the miles-per-gallon rating when we’re buying a new car — or an old car in many cases — but, this initiative is really designed to make energy efficiency a part of the home buying decision in the exact same way.”

Ex said that the CAP Pilot Projects/Innovation Fund is a set of scalable projects intended to test and foster new approaches to CAP goals.

In his remarks about the initiative, Fort Collins Mayor Wade Troxell emphasized the use of partnerships and cost-effective measures over the long-term course of the CAP.

“I think that’s where we need to approach it, in a very smart way leveraging any investment that the City would make in ways that we get many times return and work with our partners,” Troxell said.

The biomass burner feasibility study looks at burner technology that converts waste to energy in a collaboration with the U.S. Forest Service and the Colorado State Forest Service. Biomass burners provide both energy from a renewable source (wood) and a means for disposing of a high-volume organic material that should be diverted from landfills to reduce greenhouse gas emissions associated with these materials. According to Ex, this project also furthers the City’s goal to produce zero waste by the year 2030, which was set by City Council in 2013.

Councilmember Ray Martinez of District 2 initially expressed concern over the necessity of the $50k biomass burner study, asking if studies already in operation worldwide would be a suitable substitute. But, presenters of the project said that a study specific to the city of Fort Collins is needed.

During the March 10, 2016 Council Work Session, staff identified seven CAP initiatives that could be invested in immediately; the four funded Tuesday were part of these seven. The remaining three are currently being vetted further and will be brought forward to Council within the next two months.

Describing the CAP’s present success, Mihelich said that Fort Collins’ greenhouse gas emissions are going down despite growth in the community.

“We just completed our 2015 inventory, and we’re actually now 9 percent below our 2005 data, so we’re halfway there,” Mihelich said. “So it’s moving in the right direction and I want to stress that this is despite growth in the community, our greenhouse gas is still going down, and that’s great news.”

About a year ago, City Council unanimously adopted the current Climate Action Plan framework, and last month reviewed the action plan intended to plot the path of the project until 2020. The plan aims to make Fort Collins carbon-neutral by the year 2050.

Ex said that improvements in energy efficiency overall make up about 50 percent of the CAP’s goal of reducing city-wide emissions 20 percent below 2005 levels by the year 2020.

“Though this initiative only makes up 0.4 percent of our 2020 goal, it really lays the groundwork for some significant impacts later on,” Ex said.

“I appreciate that these are just really the first steps. I think there’s a whole bunch more to do, and I also appreciate the fact that this staffing is going to help prepare us for the subsequent steps that we will absolutely need to take to move towards our actual goals,” said Councilmember Ross Cunniff of District 5. “Certainly I was hoping that we could get more, but I do know that you do have to walk before you can run.”