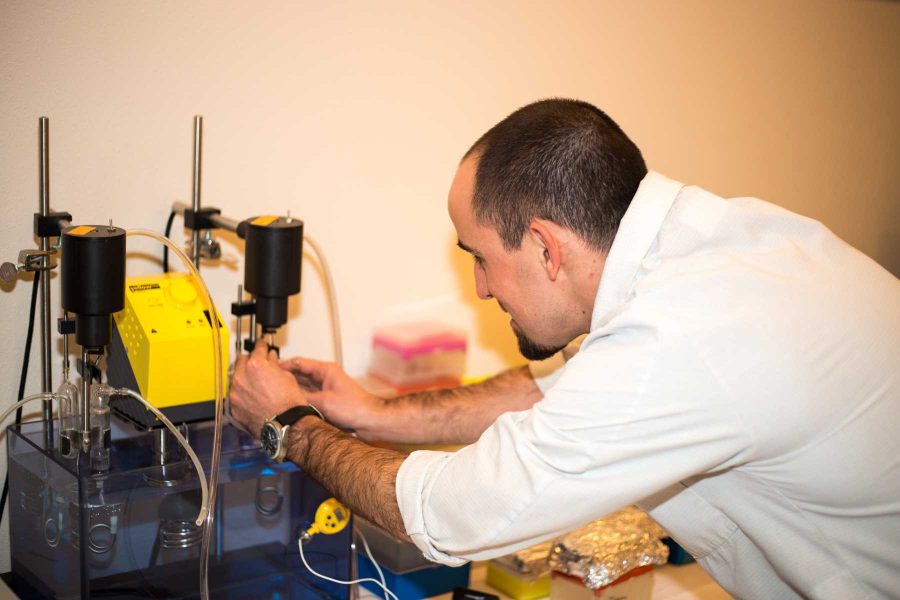 After three years of doing research in the lab, Matt Racine, a Ph.D student at Colorado State University, was recognized for all of his hard work with the Fleur L. Strand Opportunity Award. Racine began his Ph.D. program in June 2012 with a focus on cardiovascular physiology.

“It was a really nice recognition and validation that we are doing some interesting and exciting work,” Racine said.

The award allows Racine to attend a 15,000-person conference called “Experimental Biology.” Racine said it is the biggest conference in his field and is known internationally.

Racine began his college career at the University of Idaho, where he studied biology. The summer before his junior year, he got his first job in a research lab, where he spent the next few years.

After graduating, Racine was accepted into University of Colorado Boulder, where he spent two years working on his master’s degree. He worked in a lab performing cardiovascular research with Douglas Seals.

“I didn’t fully appreciate who I had gotten an opportunity to work with until I was there,” Racine said.

Seals spent many years doing cardiovascular research, which intrigued Racine to the point where he decided this is where he wanted his focus in the lab to be.

When Racine first came to CSU, he was introduced to a study about how impaired red blood cells can affect blood flow in older adults during exercise. It was shown that this could cause increased cardiovascular risk. Brett Kirby, a post-doctoral student at the time, showed Racine how to make the measurements in the red blood cells, which he has been working on the past three years.

This past October, Racine visited Dr. Randy Sprague at St. Louis University, who is studying how red blood cells are involved with blood flow and the release of ATP. Sprague had a machine that measured the flexibility of red blood cells, and it was given to Racine to help his research.

Although Racine is not quite sure what exactly he wants to pursue in the future, he knows that he wants to continue to do more research in the lab.

“It’s actually kind of exciting, because I really have no idea where I’ll be in another year or two,” Racine said. “I feel like those moments are sort of few and far between. I could literally end up anywhere.”

Collegian Reporter Kaitlyn Taggart can be reached at news@collegian.com.