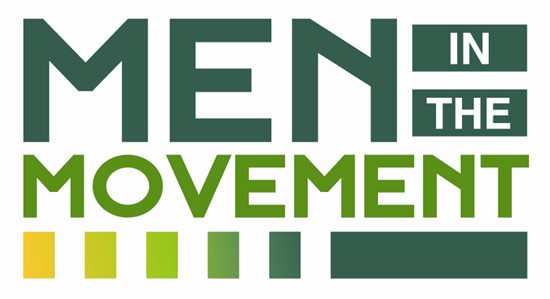 It’s a Wednesday night, and a group gathers in Eddy 100 to engage in purposeful conversation about masculinity.

Casual conversation and laughter fills the room as people perceived to be men trickle into the room, and it continues as they go around the circle and describe what a chapter in their life story would be called. The mood becomes more serious as they check in with each other about the week before jumping into a discussion about hyper-masculinity and its presence on social media platforms.

This multi-dimensional community, known as Men in the Movement, strives to end interpersonal violence and promote a healthier view of masculinity.

Men in the Movement started in the fall of 2012 and is based out of the Women and Gender Advocacy Center, whose mission is “to provide a safe and affirming space for the students (they) serve at Colorado State University, while supporting systemic change to end all forms of oppression within our community.” The group, led by Carl Olsen, the Men’s Programing and Violence Prevention coordinator, focuses on how men can get involved to promote change in their community and work to end an oppressive society.

“The goal is to have men wrestle with and reflect upon their own behaviors,” Olsen said.

In the group, they dissect the messages they have grown up with about what it means to be a man. The group also addresses and challenges the issue of gender-based violence and why it’s important that males take action.

“Of perpetrators, 98 percent of them identify as men. It’s not violence against women. It’s men’s violence against women, and this group directly addresses that,” Olsen said. “It gets men involved in conversations around feminism, and it gets men involved in conversations around why are we committing so many traumatic events for women and gender-nonconforming folks. It’s also really important for men to have a space to explore and be their full selves.”

The group focuses on a four-step process, which allows the group members to go out and engage others. The process starts with becoming aware of the situation. It is followed by creating a knowledge and skill base, which allows members to take purposeful action. Some topics of exploration include vulnerability, rape culture, the LGBTQ community, inter-sexuality, pornography and rape.

“It makes me more prepared to have conversations with people about why they do things, and it has given me tools to communicate how I feel and how I feel about society,” said Donavan Clinkscales, a junior communications major and economy minor.

Through the group, participants are able to engage in a supportive community that encourages personal growth.

“It gives a sense of solidarity that I’m not the only one thinking these things, and I’m not the only one who wants to make this change,” said junior biology major Duncan Ziegler. “I feel like that’s deeply important to have that kind of support and backing from other men.”

The group allows the men to be honest with themselves and others.

“By opening up and being willing to have those conversations and just expressing yourself based on whatever truth you identify with, you really can change the situation that we are living. If people don’t know that we need to change the way we are living we do. The time is now, or else it’s not going to happen,” said sophomore geology and music major Tavon Boaman.

For many of the men, taking action starts with open discussions with friends and being able to identify and address sexist language and behavior.

“Having meaningful dialogue with people you care about is the place to start,” said sophomore journalism major James Wyatt. “It doesn’t take a professional. Anyone can do it.”

The group continues to grow and looks to promote positive change, not blame. They strive to combat sexism and sexual violence as well as take a critical look at commonly-held societal beliefs.

“I think there is this huge misconception that when we are doing this work we are blaming men, and this process isn’t about blame. It’s about responsibility,” Olsen said.

Men in the Movement has held outreach events focusing on male body image and masculinity as well as depression. Their next event is April 4 from 5-6:30 p.m. in Corbett Hall and will discuss issues surrounding pornography. Everyone is welcome.

For more information about Men in the Movement, visit the Women and Gender Advocacy Center website or contact Carl Olsen at carl.olsen@colostate.edu.

Collegian Reporter Nicole Towne can be reached at news@collegian.com or via Twitter @Nicole_Towne21.