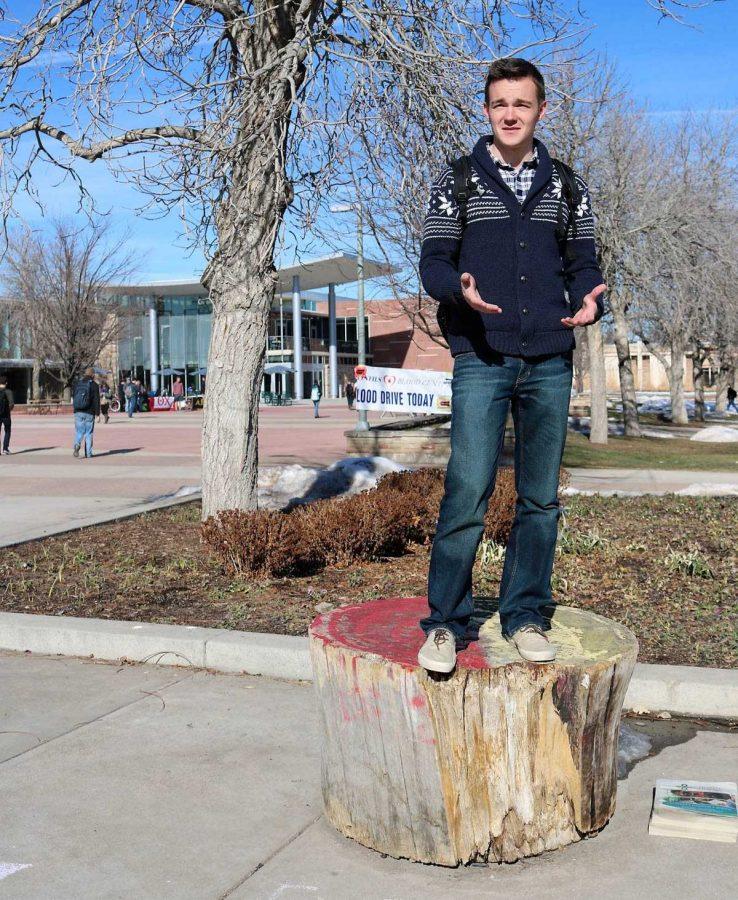 In only the second semester since its founding, student-led group The Cypher has already drawn a crowd of students and staff looking to voice their opinions.

The Cypher began holding events last semester on the stump on the Lory Student Center Plaza to foster conversation about things that are occurring every day but aren’t being talked about yet.

“We come here to learn, whether it’s to get a job or do what we love or just learn. But I think as people seeking knowledge, we have somewhat of a responsibility to do something with it,” said Chauncy Hinshaw, senior microbiology major and co-founder of the group. “We can form opinions based on what we know, but if we don’t act on those opinions, then it really doesn’t matter.”

Since its beginning, The Cypher has drawn crowds of up to 50 people, full of students and some faculty.

“It’s this organic energy that I think has always existed but is finally having an outlet,” said co-founder Michael Pupiales. “It’s almost like a spark was needed, and the reaction was just going to continue to completion.”

Shayla Monteiro, the third original member of The Cypher, recalled a moment when a Caucasian woman broke down while sharing her story and two African-American students went up and comforted her.

“You see so much racial tension between black and white. I think that image is something I will carry with me in my heart,” Monteiro said.

The Cypher has no defined mission statement, according to its founders, but their purpose is to empower others to speak their mind.

“(It’s waking) students up to the nature of problems that are happening in our country. Even deeper than that, to give them an outlet to discover their own voice and become the advocates,” Pupiales said.

Hinshaw said the idea of The Cypher came to him when he realized that few people were using the stump for its purpose.

“When I took a tour of CSU it was like, ‘Here’s the stump, here’s where you can voice your opinion — anything you want to say,’ but I don’t really see that a whole lot,” Hinshaw said.

The Cypher will continue holding speaking events Thursdays at 11 a.m. on the stump in the Plaza. For now, there are no plans to hold events anywhere else on campus, but Hinshaw, Pupiales and Monteiro said that it is a possibility for the future, depending on how the group expands.

Until then, The Cypher is looking to attract a larger crowd of students and faculty by integrating various media of art for people to express themselves. The founders said the group will change and adapt to what students want.

“There’s no right or wrong,” Monteiro said. “It’s not a debate, it’s definitely a dialogue, so we just want the flow of energy to be fluid. Any view is welcome.”

Collegian Reporter Gina Johnson Spoden can be reached at news@collegian.com or on Twitter @gina_spoden5.