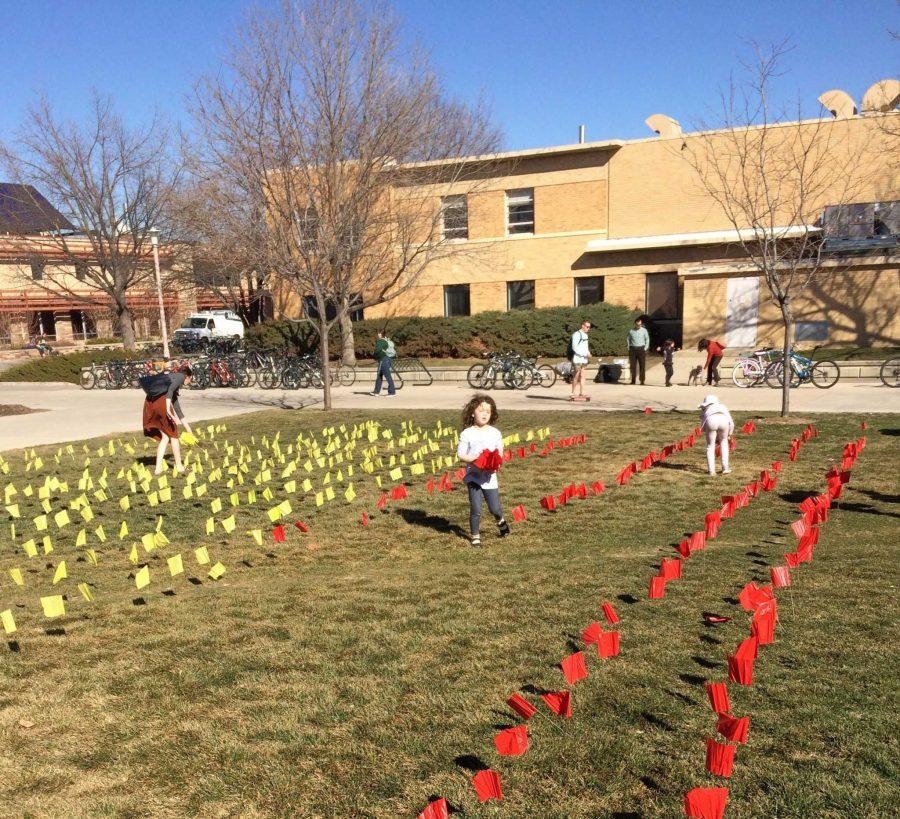 A group of students and community members gathered in the sunny Lory Student Center Plaza beside a field of flags commemorating the 12 million lives that were lost during the Holocaust.

The field of  flags, which was a present symbol throughout the week, provided a visual representation of those who died. The field was divided into flags by color. Each flag represented approximately 5,000 deaths, and each color represented a different identity of those who died, such as Jewish, Soviet, disabled or homosexual.

“I think the field is in the perfect place,” said Mary Harris, a Fort Collins resident and member of the Fort Collins Interfaith Counsel.

For Denise Negrete, a freshman biomedical engineering major and the vice president and treasurer for Students for Holocaust Awareness, this week brings a time of remembrance and reflection on the history that shapes the present.

Learning about the past creates a better understanding for today, Negrete said.

“I think it’s really crucial to remember the things that have happened to individual groups,” Negrete said.

The week included a screening of the film “Life is Beautiful” and event featuring 91-year-old Albert Rosa who survived Auschwitz.

The Friday memorial service ended with the removal of the flags and with the words, “As long as we live, they too will live, for they are now part of us, as we remember them.”

Collegian Reporter Nicole Towne can be reached at news@collegian.com or via Twitter @nicole_towne21.