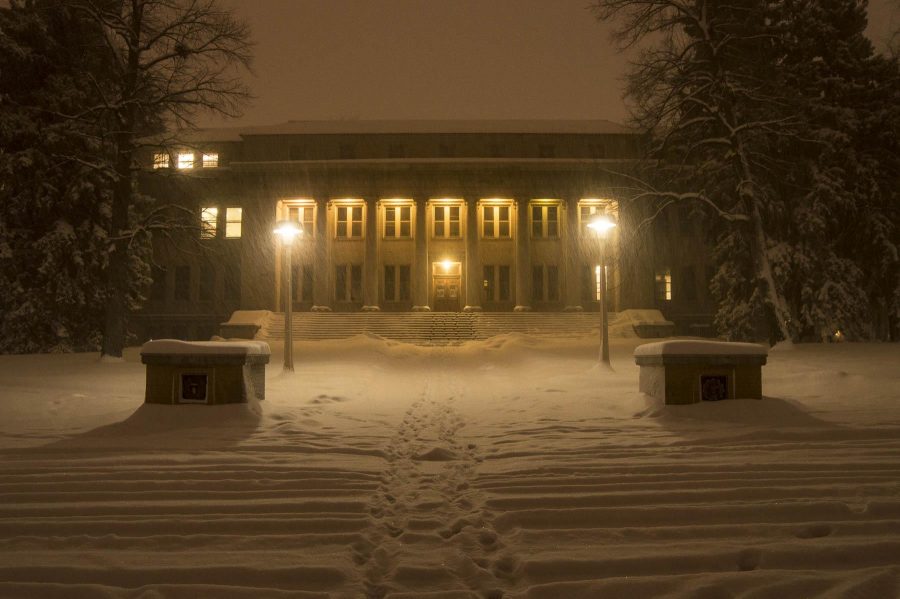 2/1/16: Winter settles in among the CSU administration building.

Many think that Colorado State University has accumulated a great reputation for its sunny weather, beautiful views and numerous outdoor attractions. This year, Great Value Colleges has recognized CSU as one of 35 colleges with a beautiful campus.

CSU ranked 11 on the list, beating out University of Mississippi and coming in right behind Harvard. According to the list, CSU owes its high ranking to unbeatable weather, location and an abundance of hiking attractions and rivers.

“This campus (also) has everything from wetlands and low-carbon greenhouses to a great location one hour from the Rocky Mountain National Park,” according to the article. “Horsetooth Reservoir and the Cache la Poudre River are just 15 minutes from campus, and over 315 bike routes and trails cover the city of Fort Collins.”

When asked about what they thought was the most beautiful aspect about CSU, students had many different answers. Answers ranged from the beautiful mountains to the historic vibe of Old Town to the campus itself.

CSU students were overwhelmingly prideful about their beautiful campus, but most students had a hard time choosing just one aspect of CSU to single out as the most beautiful.

Kelli Kolasheski, a first year student who is used to moving from place to place because of her military family, said she chose Fort Collins as her home for the next four years because it is so easy on the eyes.

“Its hard to say just one thing, because there’s so many things to say,” Kolasheski said. “I love the town and being so close to the mountains, but really everything about Fort Collins is beautiful.”

Collegian Reporter Allec Brust can be reached at news@collegian.com or via Twitter @Brustyyy.