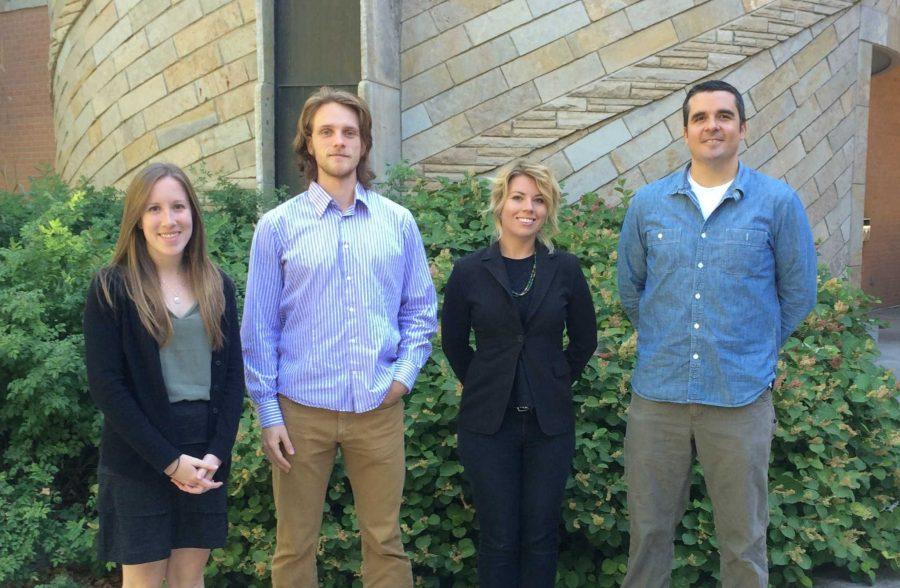 A CSU-based research team won an award from NASA for their video on monitoring the invasive Cheatgrass burned from the Arapahoe fire in Wyoming.

“We used satellite imagery to get a shape of the burn scar, and then in that, we used a species distribution model, which is a computer program that takes all of our data and predicts where the cheatgrass will be from there,” said team member Stephanie Krail.

The team found a big increase in cheatgrass due to the fire, and they also studied the phenological data, which is how plants are influenced by the cycles. They looked at when the plants greened and died at the end of the year.

“This is really relevant to fires because when snow is starting to melt and trying to get ready for spring, that’s when cheatgrass greens out,” Krail said. “It has an earlier growing season, meaning in the middle of summer, it begins to die and is good fuel for fires.”

Cheatgrass is a problem for areas such as Colorado. The phenological data that the team recorded will be handed off to their partner’s, Wyoming Game and Fish, and U.S. Forest Service for management efforts of cheatgrass according to Amanda West, an advisor to the program and a postdoctoral fellow at CSU’s Natural Resource Ecology Laboratory.

“It’s actually the most problematic in the great basin area, but … in the last decade, ranchers in Wyoming have been noticing more cheatgrass,” West said. “Also land managers, and it’s definitely in Colorado.”

The research took place from September through November and looked at how cheatgrass responds to fire and altered the landscape. The group then created a video outlining their work. The team was amongst 105 researchers conducting 26 projects.

The videos are scored through a 3-member panel on a rubric based on content clarity, scientific merit, substantial dialogue and creativity. Each member of the team will receive a one-year trial version of ArcGIS software, which is a geospatial and Geographic Information System (GIS) software that can incorporate NASA remote-sensing data.

Collegian Reporter Seth Bodine can be reached at news@collegian.com or on Twitter at @sbodine120.